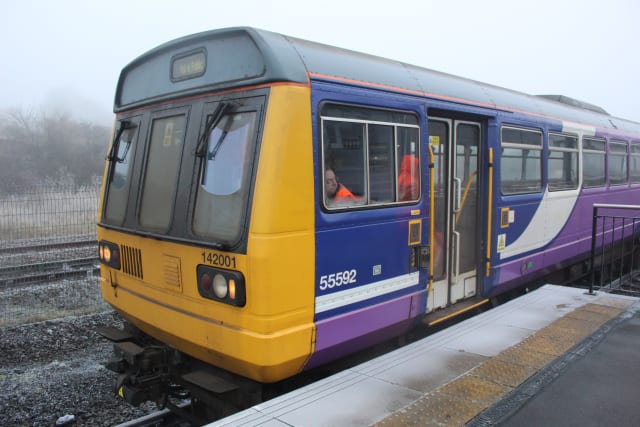 A Pacer train has arrived at a museum amid calls for the upcoming fares rise across the railway network to be scrapped on routes where they are still used.

The National Railway Museum (NRM) told the PA news agency the 1980s-era train will “spark debate” when it goes on display at its site in Shildon, County Durham.

Political leaders in the North say the continued use of outdated Pacers – known for being slow, bouncy and noisy – shows a wide disparity in transport investment between the region and the South East.

The addition of a Pacer to the NRM’s collection comes weeks after Greater Manchester mayor Andy Burnham, Sheffield City Region mayor Dan Jarvis and Leeds City Council leader Judith Blake wrote to Northern – one of three operators still using the trains – calling for fare reductions on routes where they remain in operation.

Rail fares will increase by an average of 2.7% across Britain from Tuesday.

The NRM’s Pacer was retired by Northern and donated by leasing company Angel Trains earlier this month.

The long-term aim is to keep the train in working order so it can operate passenger rides on the museum’s rail line.

NRM senior curator Anthony Coulls denied it will look out of place alongside more esteemed exhibits such as steam locomotives and record-breaking trains.

“It will fit very well because the National Railway Museum isn’t just about the fastest, the oldest, the most iconic,” he said. “It’s about the everyday history of the railways.

“In terms of moving millions of people millions of miles over 30 years, the Pacer has earned its place in history.”

Mr Coulls described travelling on the trains as a “lively experience” because they “bounce along” the tracks.

Pacers were built using bus parts more than 30 years ago and were intended to be a cheap stop-gap solution to a lack of rolling stock.

“We’re very good now at maligning the Pacer,” Mr Coulls said. “But if they had not been a success in moving large numbers of people on the peripheries of the national network, they would not be in service now.”

He acknowledged that Pacers were “of their time” because modern passengers expect trains to have features such air conditioning, wi-fi and accessible toilets.

Pacers were finally due to be withdrawn from Britain’s railways by the end of the year, but Northern, Transport for Wales and Great Western Railway will continue using them in 2020 amid delays in the delivery of new trains and the transfer of existing stock from other operators.

David Brown, Northern’s managing director, said: “Pacers have served the North well, but we know they are old and outdated and not popular with our customers.

“Those same customers can now clearly see Pacers are making way for modern state-of-the-art trains which will give them better journeys.

“Fifty-two of our 102 Pacers have now been permanently retired and the remainder will all be gone next year.”