Nadiya Hussain ‘never imagined’ she would be honoured with MBE

Nadiya Hussain has said she wishes her grandparents were alive to see her awarded an MBE in the New Year Honours.

The TV star, who won the Great British Bake Off in 2015, has been honoured for her services to broadcasting and to the culinary arts. 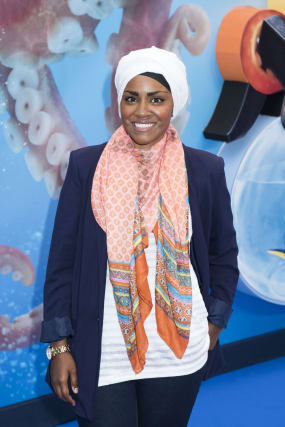 She shared a photograph of her car with the letters MBE smeared on it and wrote: "Even my car is crying tears of joy! Thank you for all the kind words and absolutely wonderful messages!

"Never in my wildest dreams did I imagine this would ever happen to me.

"I know my grandparents would be really proud, they wouldn't understand what was going on, or what it means, but they would be proud none the less.

"I just know it ! Little old rice farmers family in the middle of nowhere with a grand daughter with an MBE! Who would have thought it?!

"I wish they were alive to enjoy this moment with us!

"I have had an exhilarating and exciting few years and I have done weird, wonderful and scary things. Long may it continue.

"Thanks to all the people who have supported me and believed in me and just made it all just a little bit easier. For all the love. For believing in me. Thank you!"

Before being crowned winner of the sixth series of Bake Off, Hussain was already a fan favourite on the show thanks to her extraordinary bakes, her hilarious facial expressions and her rock-solid calmness under pressure.

When she joined the baking programme, Hussain was a stay-at-home mother-of-three, but since winning she has carved out a successful broadcasting and food-writing career, making her a household name while also becoming a leading figure for the Muslim community in the UK.

Born in Luton to a Bangladeshi family, Hussain previously aspired to be a social worker, although she loved cooking and baking from a young age.

She studied for a degree in childhood and youth studies with the Open University while pregnant with her third child and caring for her older two.

She was encouraged to apply for the Bake Off by husband Abdal and, while lacking in confidence at the start, she went on to impress judges Mary Berry and Paul Hollywood with her delicious creations, including fizzy pop cheesecakes, a fiery snake charmer's basket and bubblegum-flavoured pastry nuns, all the while proudly wearing her traditional hijab.

More than 13 million viewers watched her win the trophy and she later commented that she understood the importance of "being a brown, Muslim woman of faith who is in the public eye, because there aren't that many of us".

Speaking to the Radio Times magazine in 2018, she said: "I know that I'm representing a lot of groups and I know how important that is, especially for women."

After winning Bake Off, Hussain landed her own TV series on BBC One, a travelling cookery show called The Chronicles Of Nadiya.

She later went on to front the series Nadiya's British Food Adventure, Nadiya's Family Favourites and Time To Eat.

The 35-year-old was also the co-presenter of The Big Family Cooking Showdown with Zoe Ball and has been a guest panellist on Loose Women.

Thanks to her success on Bake Off, she was invited to bake a cake for the Queen's 90th birthday celebrations and in 2017 was named by Debrett's as one of the 500 most influential people in the UK.

Hussain was most recently seen alongside former Bake Off judge Mary Berry in her TV show A Berry Royal Christmas, which included special appearances from the Duke and Duchess of Cambridge.

In addition to her TV work, Hussain has been a columnist for The Times Magazine.

She has published a string of cookery books, including Nadiya's Kitchen, Time To Eat and Nadiya's Family Favourites, as well as the children's books Bake Me A Story and My Monster And Me, and novel The Secret Lives Of The Amir Sisters.

Hussain, who has suffered with a panic disorder for more than 20 years, has talked openly about her mental health issues in a bid to shine a light on the subject and in 2019 fronted a programme called Nadiya: Anxiety and Me on BBC One.

She has also highlighted the racist abuse she has received over the years and has been praised for responding to trolls on social media and calling for equality.