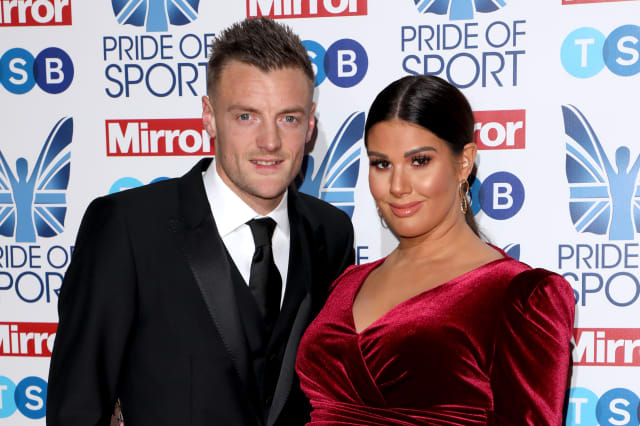 Rebekah Vardy has given birth to a baby daughter.

Her footballer husband Jamie announced the news on Saturday after he was left out of high-flying Leicester City's team to face West Ham.

He tweeted: "Over the moon to let you know our beautiful little girl has arrived. Becky and baby are both doing well and we are all totally in love with the newest member of our team."

The new arrival is the couple's third child together.

Rebekah also has two children from previous relationships and her husband has a daughter.

The couple married in May 2016, the year Leicester won the Premier League.

Rebekah, who has appeared on ITV's Loose Women and I'm A Celebrity, is almost as famous as her husband.

She hit the headlines again this year when Coleen Rooney, the wife of footballer Wayne, claimed Vardy's Instagram account was the source of leaked stories about her private life.

The saga made the news around the world, with the hashtag #WagathaChristie trending.