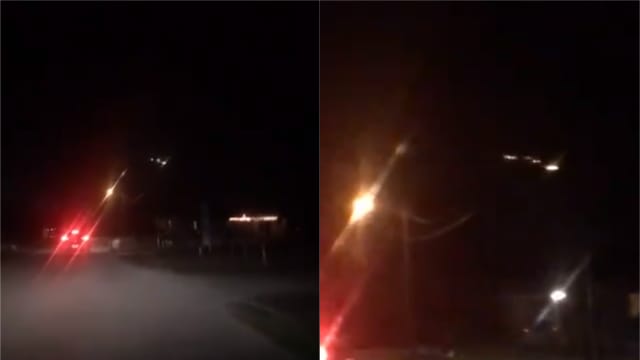 A streak of bright orange light has lit up the skies over the Pacific islands of Guam and Saipan.

It has been suggested the celestial activity was most likely a meteor, but it may also have been debris from a space launch by China – which lies north-west of the islands.

Locals were amazed by the celestial, with many sharing videos of the iridescent phenomenon to social media.

One such resident was Nikko Galanto, a 21-year-old student from Guam, who told the PA news agency: "It was a really bright orange, and towards the end of the video the meteors really spread out.

"The video doesn't really do it justice — it was really crazy and amazing to see!"

The US National Weather Service said the sighting was "probably" a meteor – a high-velocity body of matter from space which illuminates the sky due to friction with the Earth's atmosphere.

"Based on the videos, it is probably a meteorite breaking up in the sky as it enters the earth's atmosphere," US National Weather Service Guam wrote on Facebook.

"Some residents also reported hearing (an) explosion during this incident and it is not uncommon.

"Another possibility is this could be debris from an earlier Chinese rocket or booster test."