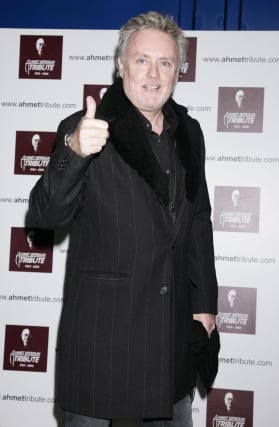 Queen’s Roger Taylor, who has defined a generation of drummers with his bombastic, arena-filling sound, has been recognised in the New Year Honours list.

The musician, who has been made an OBE for services to music, may be best known for orchestrating the ubiquitous thuds of We Will Rock You, but Taylor has been many other things besides.

The 70-year-old, born in King’s Lynn, Norfolk, has campaigned for awareness of Aids, launched a musical featuring Queen’s greatest hits and become one of the few living people to appear on a Royal Mail stamp.

The multi-instrumentalist played drums in Smile, the precursor to Queen founded by Brian May.

When the band split in 1970, Mercury, then known as Freddie Bulsara, urged them to allow him to help revamp the group as Queen.

The same year, Taylor turned down the chance to become drummer for the progressive rock band Genesis, allowing Phil Collins to join instead.

And a year later, in 1971, John Deacon joined Queen as bassist, securing the band’s best-known line-up.

Taylor helped write the number one songs These Are The Days Of Our Lives, Innuendo and Under Pressure, as well as contributing to major hits such as Radio Ga Ga and A Kind Of Magic.

He was the first band member to go solo with his 1977 song I Wanna Testify, before releasing a string of albums that found reasonable success among Queen fans.

Alongside Queen, Taylor formed another band, The Cross, in 1987.

It was a chance to take centre stage as singer and rhythm guitarist after years hidden behind a drum kit – and Mercury’s voice.

Taylor found himself at the centre of controversy in 1999 when he featured on a Royal Mail stamp.

He was visible playing drums behind Mercury in an image of the pair on stage, which was issued as part of a Great Britons series.

It was convention that only members of the Royal Family were allowed to appear on stamps while still living.

Following Mercury’s death in 1991 of bronchial pneumonia resulting from Aids, at the age of 45, Taylor began to promote awareness of the disease worldwide.

He also helped May and a team craft the long-running jukebox musical We Will Rock You, which closed in 2014 after 12 years at the Dominion Theatre in London.

Throughout the years, Taylor has continued to contribute to and work with new iterations of Queen, both live and on record.

In 2019 it was announced that he would help oversee the newly established Music Walk Of Fame in London’s Camden Town.