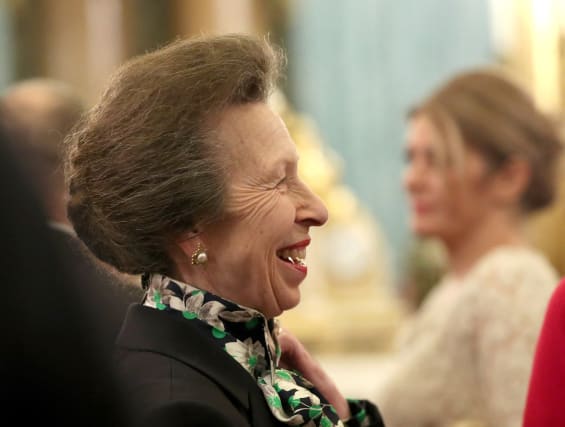 The Princess Royal has expressed concern that the introduction of health and safety rules in sport is affecting children’s ability to assess risk.

Speaking to The Daily Telegraph, Princess Anne, patron of the Scottish Rugby Union, explained that trying to cut out risks from sports such as rugby could cause problems.

She said: “One of the things that all sports have to come to terms with is the risk element. But also an understanding that’s one of the reasons why people do it.

“You can’t really have one without the other in some respects. That is why people make those choices – and youngsters are just as capable.”

In the interview, the princess quoted a German scientist who said “all children were born with their own innate sense of risk-taking ability”.

She added: “If you don’t allow children to assess their own risk-taking abilities, they never really learn, so they then go off and do things, which inherently they’re not good enough to do, but somebody has said health and safety says this is OK, and they’ve got no way of judging on their own whether or not they’ve got the skills to do it.”

Anne admitted she had once opposed the introduction of padding in rugby shirts to protect against injuries.

“I did say to Scottish rugby’s doctor, please don’t do that because it’ll only make them hit each other harder,” she told The Daily Telegraph.

“They stopped it … because the injury rate had gone up so high.”

The royal said efforts to make sports safer had the effect of encouraging some young people “for whom risk-taking is part of their DNA” to “find a really much more dangerous sport to do”.

During the interview, Anne also said she felt “cross” over the use of “statistics” and “terminology” that risked “condemning” people from deprived areas.

She argued children needed “the right opportunities” and should not be labelled because of where they come from.

She spoke to The Daily Telegraph as part of her support for children’s rugby charity Wooden Spoon, of which she has been patron since 1997.