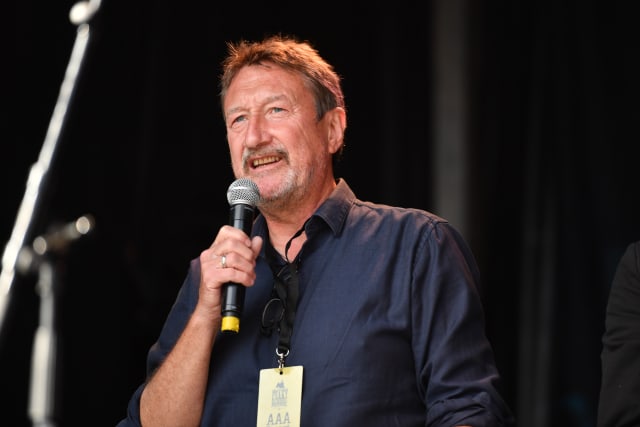 Peaky Blinders creator Steven Knight is being made a CBE – and quipped he will celebrate “Tommy Shelby-style”.

The honour comes as Knight’s recent adaptation of A Christmas Carol on BBC One sparks controversy over its violent scenes.

Knight is made a CBE for services to drama, entertainment and the community in Birmingham – the setting for Peaky Blinders, starring Cillian Murphy as hard-drinking gang leader Shelby.

He told the PA news agency: “I celebrate Shelby-style every day – bottles of whiskey, cigarettes. No, I’m joking!

“Tommy Shelby occasionally has a bottle of champagne, so that’s what I’ll do.”

Knight, who was one of the creators of game show Who Wants To Be A Millionaire?, defended his latest BBC drama, A Christmas Carol, over criticism of violence, use of the F-word, and complaints that it is too left-wing.

The latest in a long list of adaptations of the much-loved Charles Dickens story opened with a young boy urinating on the grave of Jacob Marley, calling him a “skinflint old bastard”.

Knight said viewers should be more worried about “hygienic violence” in video games than his 19th century-set drama.

“Everything that’s in there has its roots in the book,” he said of A Christmas Carol, which stars Guy Pearce as Scrooge.

“In terms of the language, with Dickens’ writing, the sensibility of the time meant that you couldn’t use that language and dialogue.

“But that didn’t mean that people didn’t use that language because everybody knows that they did – those words are as old as the English language.

“If we are being true to the times then… there will be that kind of language.

“If you look at Dickens and if you think that Dickens didn’t include politics in what he was writing, you need to read Dickens again.

“It’s post-watershed and I think we have to be realistic about what people are watching now.

“I fear for a generation, not because of the carefully considered violence on TV (but in) computer games – there is one beating after another. I think that’s what people should be worried about.

“When you see hygienic violence, which you see on a computer game, that’s far more dangerous.”

He has two more series of Peaky Blinders in the works, saying: “I’ve just finished writing series six and it’s the best yet but we always say that!”

Knight, who grew up in Birmingham, said of his CBE: “It’s amazing. I’m very, very, very honoured. I’ve worked with my PA for 19 years and she’s very rarely anything other than totally even-keeled.

“I knew there was something different when she said, ‘Are you ready for some news?’ That’s how I found out.”