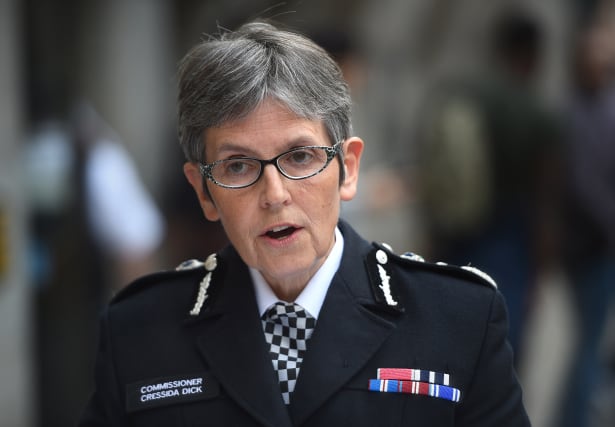 The head of the Metropolitan Police has said she will be “extraordinarily co-operative” with an investigation into her involvement in the botched inquiry into an alleged Westminster paedophile ring.

Commissioner Dame Cressida Dick was referred last week to the Independent Office of Police Conduct (IOPC) by the Mayor of London’s office over her role in Operation Midland following a complaint by a member of the public.

Dame Cressida had been responsible for supervising the senior investigating officer who said allegations made by Carl Beech – which were subsequently shown to be false – were “credible and true”.

She told BBC Radio 4’s Today programme: “Of course it is appropriate, if somebody has a complaint about me or anybody else, they are able to make a complaint, and it is appropriate for the mayor’s office to refer that if they think that is the right thing to do, as they have to the IOPC.

“I will, of course, be extraordinarily co-operative with the IOPC and we will see what happens.

“I certainly regret the phrase being used – ‘credible and true’. I have apologised for the fact that that happened in the few weeks that I sat above Operation Midland and supervised the senior officer.”

In July, Beech was jailed for 18 years after being found guilty of 12 counts of perverting the course of justice and one of fraud.

Mr Proctor has since urged Dame Cressida to consider her position after a report found that senior officers had decided at the outset of the investigation to say publicly that they believed Beech’s allegations.

Dame Cressida acknowledged that the Met had been damaged by the case and said she understood why some people wanted to see “heads roll”.

“It has damaged public confidence in us. I think people have wanted to see something very, very definite and in particular in terms of punishment of the Met or of individuals,” she said.

“I understand why they feel that. I am sure some people would like to see heads roll.”

Usman Khan, who was out of prison on licence after being jailed for terrorist plotting, stabbed two people to death before he was shot dead by police.

Dame Cressida said the force was having to respond to a constantly evolving terrorist threat.

“My people are dealing with, at the moment, over 800 live investigations. We have thwarted 25 lethal attacks since 2017. We will understand as much as we possibly can about what led to this attack,” she said.

“Sometimes it is very hard to know what somebody’s intent is.

“People are sometimes extremely private and we have had cases of that in the last couple of years where somebody had been intent of carrying out a lethal attack or even tried to and there was absolutely no sign to anybody else.”

Dame Cressida said there needs to be a proper public debate on the use of new digital technologies in future policing and crime prevention.

“I don’t think anybody in this country wants to live in a police state or a surveillance-led society but I think everybody expects the police to use technology to keep them safe,” she said.

“In the future there will be ways in which we can look at the data we hold or other people hold and be be able to make links about people and places and subjects in a manner that potentially some people could fine worrying.