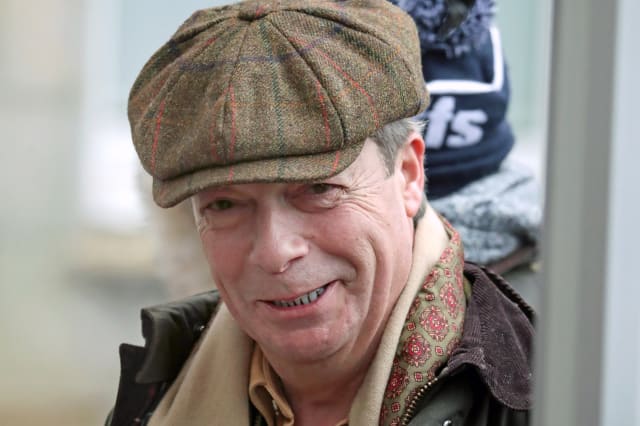 This is the moment where two LBC callers row over whether Nigel Farage should be knighted.

The first caller, Sarah from Cheshire, has said that Nigel Farage has been "absolutely selfless" as his whole aim has been to "get us out of Europe."

"He proved that by standing back in this election," she said, "without him Brexit would never have happened."

Sarah said, "Nigel Farage appeals to the majority of the British people that live outside the M25." The caller said she is a Conservative but went to his political event to see what he had to say and she was "amazed at the cross-section of the public in the room."

"The honours should reflect the will of the British people," she said, "he is undeniably the most influential politician of our time that's never been an MP."

Claire from Marylebone said, "Why not give a blatant racist like Nigel Farage an honour when we gave it to Alan Parker, Cameron's PR man who went on holiday with him?

"This is a complete debasement of the honours system and an outrage and your highly erudite listeners, when they contributed to the Twitter poll, made it quite clear that 58% of your listeners do not want this appalling character to be honoured."

Claire continued, "We are talking about uniting society and we are going to ask the Queen to honour a man who stood in front of a poster when he knew damn well it had nothing to do with the EU, it was blatantly racist," she said, referring to the "breaking point" poster.

Claire called the Brexit Party leader "completely self-serving" and has "no moral compass".