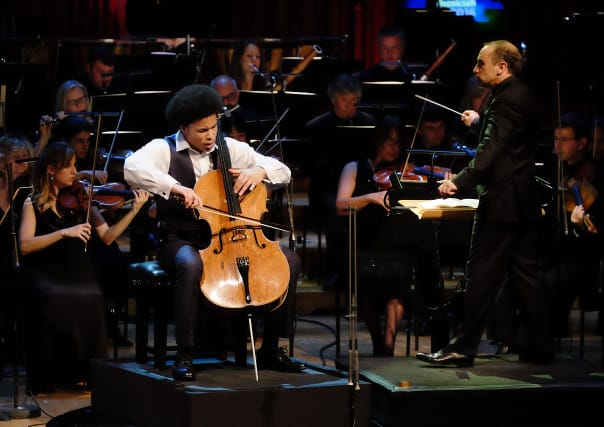 Sheku Kanneh-Mason, the cellist who played at the wedding of the Duke and Duchess of Sussex, has received an MBE in the New Year’s Honours list at the tender age of 20.

Nottingham-raised Kanneh-Mason, the third of seven children born to immigrant parents from Antigua and Sierra Leone, said he was “absolutely thrilled” to be honoured for services to music.

Kanneh-Mason, who appeared on Britain’s Got Talent with his siblings in 2015, was BBC Young Musician of the Year in 2016, becoming the first black musician to take the award in its 38-year history.

Reflecting on an honour which came a year after the success of his debut album Inspiration, Kanneh-Mason paid thanks to parents Stuart Mason and Kadiatu Kanneh for instilling a love of music in their children from an early age.

“I was so lucky to have the dedicated support of my parents in giving me the opportunity to have specialist music lessons from a young child,” he said.

“I also had incredible support from the state schools I attended in Nottingham where music was promoted for its value in developing listening skills, teamwork, self-expression and hard work.

“The love and enjoyment for this great art is something that should be available to everyone, regardless of background.”

Kanneh-Mason said he remained inspired by working with programmes dedicated to musical training for young people, chiefly London Music Masters, which helps train musicians from inner-city schools in the capital, and Future Talent, which supports gifted musicians from low-income backgrounds.

“I am committed to continuing my work with organisations such as London Music Masters and Future Talent to reinforce the benefits of access to music for all young people,” he said.

Kanneh-Mason, who reportedly donated £3,000 to his former state school last year to enable 10 pupils to continue cello lessons, was chosen to perform at Harry and Meghan’s wedding under the direction of renowned conductor Christopher-Warren-Green.

He performed for the couple again later in the year at the Royal Variety Performance.