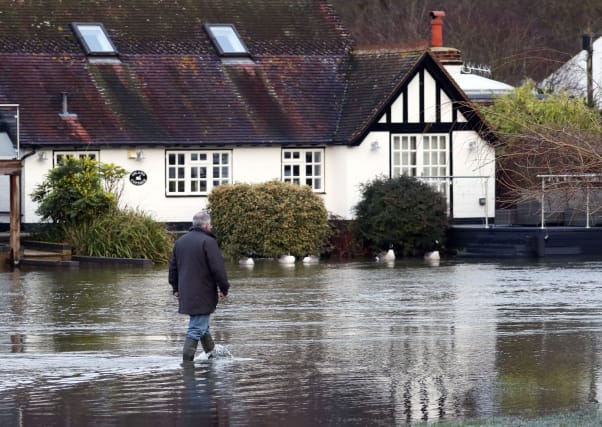 Flood warnings should lift and the year is expected to end with a drier spell for much of the country, forecasters have said.

Overnight on Boxing Day and into Friday, groundwater was expected to rise in parts of southern England and north Lincolnshire following prolonged spells of rain.

On Boxing Day afternoon there were still 30 flood warnings in place, meaning flooding was expected, with a further 88 alerts, meaning it was possible.

But the Met Office said a period of high pressure was expected to come in over the weekend, bringing a dry end to the year for many.

Clare Dinnis, flood duty manager at the Environment Agency, said: “While the weather outlook is improving, groundwater levels continue to rise after recent rainfall meaning that there is a continued risk of groundwater flooding in parts of southern England over the next few days.

“We continue to monitor rainfall and river levels closely and to operate our flood defences, reducing the risk of flooding to thousands of homes and businesses and helping to keep people safe.

“Our pumps also remain in place in Somerset where our focus is on reducing levels of water on Currymoor.”

Met Office forecaster Simon Partridge said the weather on Friday will see a split, with Scotland and Northern Ireland facing wet and windy weather, with some gale force winds possible, and calmer conditions in England and Wales.

Grey clouds will cover much of England and Wales, with drizzle likely on hills, but temperatures will be milder than recently, with a high of 13C in the South West.

Saturday’s weather was expected to be similarly split, with drier, brighter spells for England and Wales, and rain for western Scotland.

Mr Partridge said: “After that we will generally see high pressure building at the end of the year for much of the UK, and a spell of dry weather, with temperatures near or above average.”