Father who drowned with children in hotel pool was London pastor

A British father who drowned along with two of his children in a swimming pool in the Costa del Sol on Christmas Eve was a Christian pastor.

Gabriel Diya, 52, his daughter Comfort Diya, nine, and his son Praise-Emmanuel Diya, 16, are understood to have died in the triple tragedy at the Club La Costa World holiday resort.

Reports suggest Comfort struggled in the water before her brother and father jumped in, in a failed attempt to rescue her.

A neighbour of the family told the PA news agency she was "really devastated" to learn of the deaths, describing the Diyas as "very religious, very friendly, very humble". 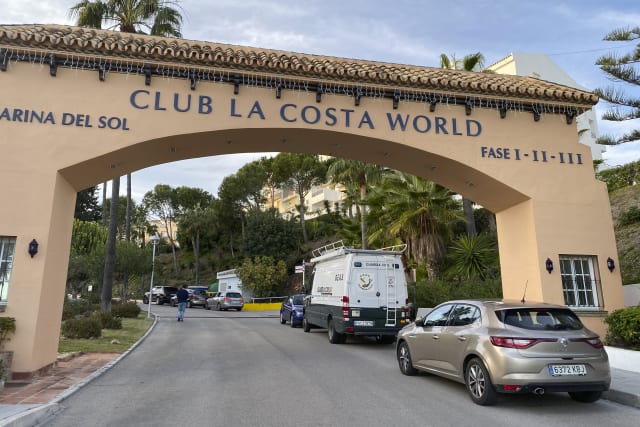 Speaking outside her home in Charlton, south-east London, Lara Akins, 59, added: "I still can't comprehend it, it's still shocking.

"They are so nice, that is why everybody is shocked... we are very friendly with each other."

Local reports said Spanish police were investigating the pool pump for a possible failure, with a report in Malaga's Diario Sur newspaper saying Comfort's swimming cap was found in the pool's suction system.

Inquiries have found "no concerns relating to the pool in question" and the incident appears to be a "tragic accident", according to hotel operator CLC World Resorts and Hotels.

In a statement the firm said: "The Guardia Civil have carried out a full investigation which found no concerns relating to the pool in question or procedures in place, which leaves us to believe this was a tragic accident which has left everyone surrounding the incident in shock."

Local freelance journalist Gerard Couzens told the BBC the pool has since re-opened after being given the all-clear by Spanish police.

In a post celebrating new year 2018, he wrote: "I am so grateful to the ALMIGHTY GOD, the OWNER of my life, my Maker, my Shield, my Exceeding Joy & my Sustainer for everything and for all things since all these years."

No-one from the organisation was immediately available to comment.

Emma Morris, 38, daughter of another neighbour of the Diyas, said her mother Pauline Morris, 64, knew them as "really nice people".

She told PA: "They were just a really nice family, they spoke to everyone here.

A witness said Mr Diya's wife prayed as CPR was performed on her husband and children at the Mijas resort, near the town of Fuengirola, according to a report in the Mirror.

Father-of-three Josias Fletchman was quoted as saying: "The mum was praying for them to come back to life.

"She was calm. She was touching their bodies. She continued praying even after the ambulance people arrived and had stopped trying to revive them."

Another daughter was reportedly on the family holiday but unharmed.

It is understood Mr Diya and Comfort were British citizens, while Praise-Emmanuel was an American citizen.