Varadkar: Bridge to Scotland worth examining but UK must pay for it

Ireland's premier has said he will not dismiss the idea of building a bridge between Northern Ireland and Scotland, but insisted the UK must pay for it.

UK Prime Minister Boris Johnson and the Democratic Unionist Party have spoken in favour of the idea.

Leo Varadkar said he had discussed the idea with Mr Johnson recently, revealing he told the UK premier it was "worth examining". 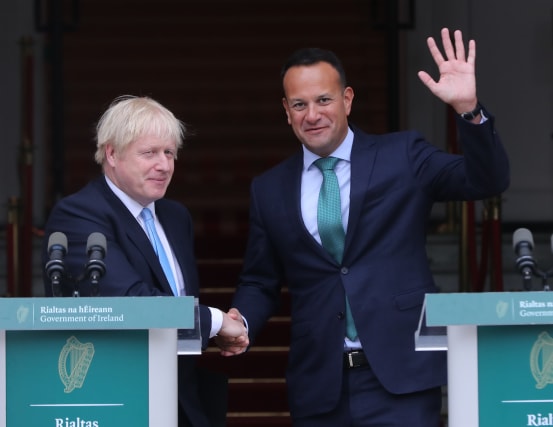 But the Taoiseach said he had also told Mr Johnson he would expect the UK to pay for it.

"At which point he suggested, 'no, no, the EU is going to pay for it'," Mr Varadkar said.

"So that's definitely not going to happen, because neither Northern Ireland or Scotland are going to be in the EU. But it was kind of half serious, half joking in a way.

"But all messing aside, I do think at the very least a high-level engineering assessment should be done as to whether it is a viable proposal."

Other parties have been less enthusiastic about the idea, with Ulster Unionist Party leader Steve Aiken saying investment was urgently needed in Northern Ireland's infrastructure first.

Mr Varadkar said: "I know people dismiss these things out of hand, but they used to dismiss the Channel Tunnel as well – the idea of building a tunnel between France and Britain – and I know what I see when I see a bridge tunnel between Denmark and Sweden, when you fly over New Orleans and you see 110 miles of bridge, it's extraordinary," he said. 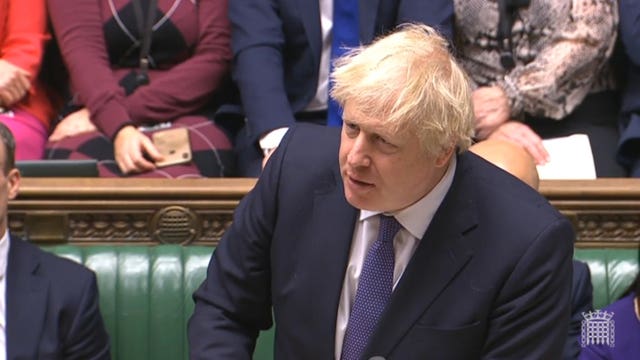 "I think we need to at least check out is this viable in engineering terms and how much money it would cost to do."

However Mr Varadkar said he is more interested in talking to Mr Johnson about other projects the two nations could work on together, such as a high-speed rail link connecting Dublin, Belfast and Cork, and better connections to the north west.

He suggested hourly trains between the cities as well as improving the A5 road to Londonderry and Donegal.

Mr Varadkar said he was also interested in the idea of a cross-border university, involving the Ulster University campus at Magee in Derry with Letterkenny IT, as well as the greenway projects and the Ulster Canal.

"There are actually loads of really good projects we could do together that might not cost as much and would definitely be more feasible than a bridge between Scotland and Northern Ireland," he said.

"But in my pursuit of those ones I'm not going to dismiss the one that the Prime Minister's particularly keen on."