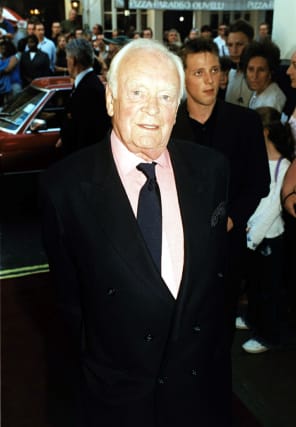 Tony Britton’s son has appealed for help to find the late actor’s signet ring, saying it disappeared while he was in hospital.

The “great actor, director and charmer”, who starred in BBC sitcom Don’t Wait Up, died at the age of 95 on Sunday.

Jasper Britton said the ring went missing while the actor was in Watford General hospital in the spring.

He described its disappearance as an “unbearable loss”and offered a reward for information about its whereabouts.

He posted an image of his father, whose film credits included Operation Amsterdam, Sunday Bloody Sunday and The Day Of The Jackal, wearing the ring, as well as a close-up of the distinctive design. He said he would buy it back “no questions asked.”

The ring was designed by Jasper’s mother and he said his father wore it “in everything he did”.

He tweeted: “The signet ring that Tony Britton is wearing ‘went missing’ in Watford General in the spring.

“I only discovered this yesterday. It isn’t a great pic of the ring but it’s engraved with TB and the drama masks. I’ll buy it back no questions asked. Please RT.”

He wrote: “It’s a long shot about the ring, I know, but it holds such value to the family. He wore it in everything he did. Unbearable loss.”

A spokeswoman for West Hertfordshire Hospitals NHS Trust told the PA news agency: “We very much hope that ring does reappear and we pass on our condolences to the Britton family.”

Britton served in the Army and worked in an aircraft factory during the Second World War.

He later joined an amateur dramatics group in Weston-super-Mare before turning professional, appearing on stage at the Old Vic and with the Royal Shakespeare Company.

“Our father, Tony Britton, died early this morning. Great actor, director and charmer. May flights of angels sing thee to thy rest,” she said.