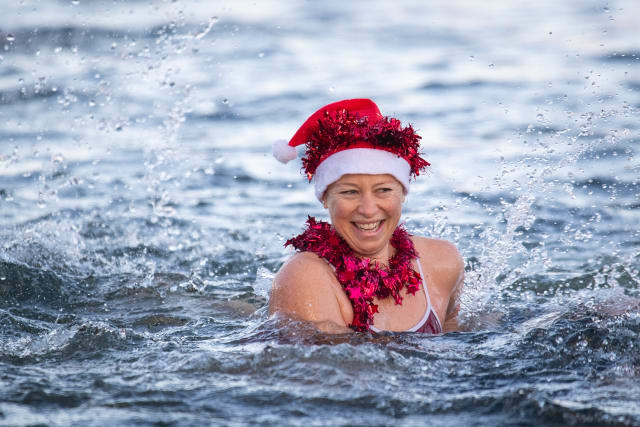 One of the more bracing Christmas traditions in some parts of the UK and Ireland is an outdoor swim in the sea or a lake.

Around the country, there was a festive theme with swimmers in Santa-inspired costumes and decked out in waterproof tinsel.

In London, the Serpentine Swimming Club hosted its annual Christmas morning race for the Peter Pan cup. The event has been held on the Hyde Park lake every year since 1864.

In the Republic of Ireland, Taoiseach Leo Varadkar was among the swimmers at the Forty Foot bathing spot. He was pictured giving a wave from the water at Sandycove.

In Northern Ireland, members of the Donaghadee Chunky Dunkers took a dip in the Co Down town’s harbour.

Across the sea, hundreds of swimmers braved the bracing waters off Porthcawl in Wales.

Meanwhile, members of the King Edward’s Bay swimmers greeted the sunrise on the east coast at North Shields during their annual dip.

Some hardy souls even managed to brave the water well into daylight.