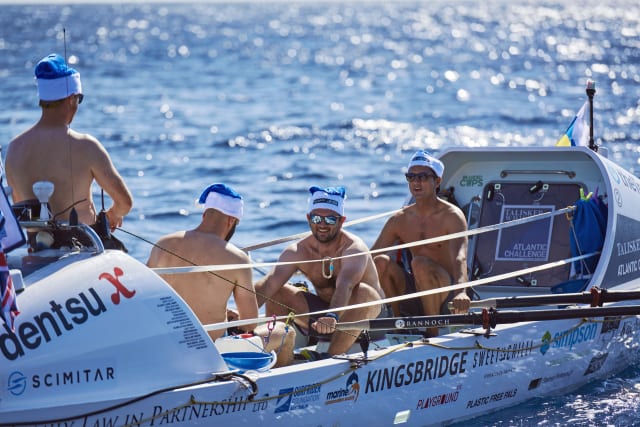 Competitors in the Talisker Whisky Atlantic Challenge donned blue Santa hats to celebrate Christmas as they faced missing out on turkey and all the trimmings.

Teams competing in what is known as the world’s toughest rowing race are 12 days and about 500 nautical miles into the 3,000-mile (4,828km) journey from the Canary Islands to Antigua.

Depending on the sea conditions, some of the 100 rowers may toast Christmas Day with a drop of the single malt the race sponsors have provided for each team.

They will take on board at least 6,000 calories a day, but will forgo the traditional Christmas treats, replacing them with high-energy ration packs of powdered food.

One team – brother and sister Cameron and Anna McLean, known as the Seablings – have taken freeze-dried reindeer with them as an energy-boosting snack.

The teams are expected to finish the challenge in mid to late January.