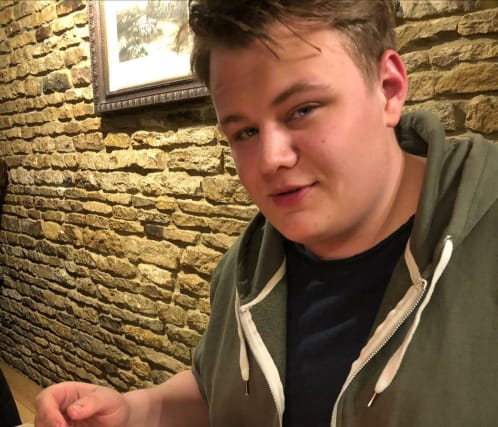 The family of teenage motorcyclist Harry Dunn have made a plea for donations in order to launch a campaign in the US calling for the suspect’s extradition over his death.

Since the 19-year-old’s death in August, his parents Charlotte Charles and Tim Dunn have received more than £112,000 from members of the public which they have used to fight various legal battles.

After the Crown Prosecution Service charged 42-year-old US citizen Anne Sacoolas with causing death by dangerous driving on Friday, the teenager’s family have said donations are now “more important than ever”.

Family spokesman Radd Seiger said they would now “take the message to all our American friends… who we believe do not stand shoulder to shoulder with their government who are harbouring Anne Sacoolas”.

Harry was killed when his motorbike crashed into a car outside RAF Croughton in Northamptonshire on August 27.

Sacoolas claimed diplomatic immunity following the collision and was able to return to her home country.

Speaking on behalf of the family, Mr Seiger said: “To all our friends and supporters, on behalf of Harry’s family, thank you again for all you have done for us and for your kind donations.

“As you will have seen, Anne Sacoolas was charged with causing death by dangerous driving on Friday and extradition proceedings are now commencing.

“Anne Sacoolas is innocent until proven guilty and we must all respect her absolute right to a fair trial when she comes back.”

Outlining the importance of donations to the family’s cause, Mr Seiger said: “However, this is a call for everyone to please continue to donate to the Go Fund Me campaign and for those who have yet to do so to please contribute to the cause.

“It is more important now than ever that you do.

“The very rule of law is at stake and Team Harry are now launching a campaign in the USA itself to have Anne Sacoolas extradited to the UK and to take the message to all our American friends and cousins who we believe do not stand shoulder to shoulder with their government who are harbouring Anne Sacoolas.”

The family have urged anyone wishing to donate to their cause to contribute via the crowdfunding page on Go Fund Me.