Drop in pet travel ‘due to Brexit fears’ 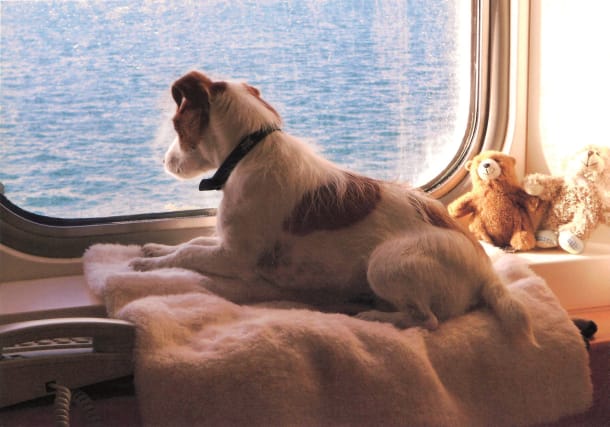 Brexit concerns sparked a drop in the number of pets taken on foreign holidays this year, a ferry company has said.

Brittany Ferries told the PA news agency it will have carried about 88,100 cats and dogs in 2019 by the end of the year, down 8% on the previous 12 months.

The decrease in demand follows six consecutive years of growth, and the addition of more pet-friendly cabins to the firm’s 13-ship fleet, which operates across the English Channel and the Bay of Biscay.

The company believes thousands of people were put off travelling by fears over the impact of a no-deal Brexit on pet vaccinations, additional arrival checks at overseas ports, and the validity of pet passports.

It is anticipating an increase in pet travel after Boris Johnson’s Brexit deal was backed by a large majority of MPs last week.

This is because the Government’s Brexit legislation includes a transition period lasting throughout 2020, during which time border rules will be unchanged.

Brittany Ferries chief executive Christophe Mathieu said: “Throughout 2019 we did our best to offer reassurance, but many people were confused and concerned so chose to stay at home rather than take to the seas.

“However, turbulent waters have calmed for the next 12 months at least. Nothing should change during the Brexit transition year. That means you can book a 2020 trip with confidence, whether you own a pet or not.”

Brittany Ferries suffered a 7% downturn in passenger numbers year-on-year between July and September, with the worst hit routes being those linking Portsmouth, Poole and Plymouth with destinations in France.

The company is confident demand will recover and is urging customers to book early for the best deals in 2020.

– Here are the number of cats and dogs carried by Brittany Ferries since 2012: