Christmas Eve train cancellations due to ‘unprecedented’ levels of sickness 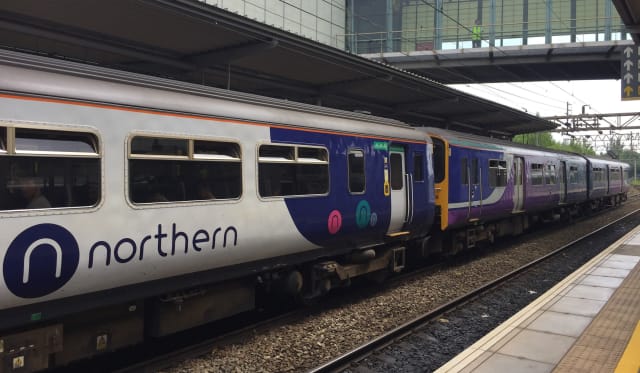 The train operator said it was running a reduced service on December 24 from stations including Manchester Piccadilly, Liverpool Lime Street and Lancaster.

The company has apologised in a statement for the disruption and advised customers to check online before travelling.

“Alongside the annual leave entitlements at this time of the year, we currently have unprecedented levels of sickness,” a Northern Rail spokesman said.

“That means we have some pre-planned cancellations on certain lines.”

Northern Rail runs trains from Hull on the east coast, all the way to Blackpool in the west and serving every major city in between.

It is operating a reduced rail service on Christmas Eve between Lancaster to Morecambe and Manchester Piccadilly to Hadfield, with a replacement bus serving the former.

An hourly bus is also operating in place of its Liverpool Lime Street to Wigan North West service.

“On each of the affected routes, our customers will have a range of alternative options available to them including other Northern services, trains run by other operators or rail replacement road transport,” Northern Rail said on its website.

Elsewhere, London Paddington station is closed from Tuesday until Saturday due to Network Rail carrying out track and overhead wiring improvements at Southall, plus Crossrail upgrades.

A total of 386 engineering projects are being carried out across Britain’s rail network over the festive period.

London King’s Cross, London Liverpool Street and Ashford International services will be among those suffering the worst disruption.

Motorists are being warned about “treacherous” driving conditions due to last week’s heavy rainfall, as millions of people embark on a Christmas getaway.

A recent AA poll suggested 74% of motorists would risk driving through flood water despite the risk of being swept away.

Mr King said: “I have done a lot of driving in the last week and some of the driving conditions have been treacherous.

“Many rural roads in the south, whilst still passable with care, have large puddles of water on the sides.

“Drivers need to slow down if they want to get home safely for Christmas.”

As of 11am on Tuesday, some 44 flood warnings – where flooding is expected – were in place for England, alongside 117 flood alerts, which warn flooding is possible.

Environment Agency flood duty manager Carol Holt said: “While the weather outlook is improving, rivers continue to respond to recent rainfall, meaning that there is a continued risk of flooding in parts of southern and central England over the next few days.”

An RAC survey indicated that 3.1 million drivers will make a leisure trip by car on Tuesday, as many people clock up the miles to be with family and friends in time for Christmas Day.

The busiest period is expected to be between 2pm and 6pm.