UK says all those responsible for Khashoggi killing must face justice 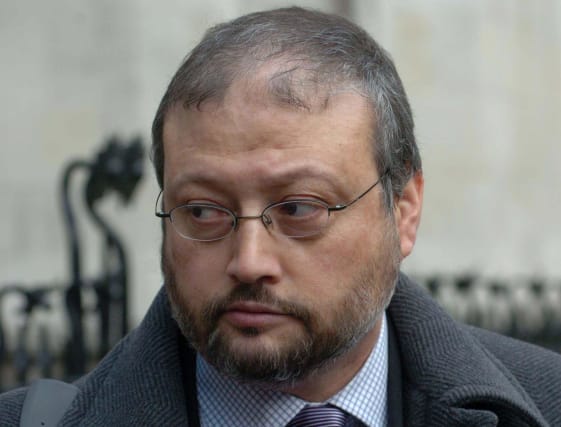 Britain has urged Saudi Arabia to ensure “all of those responsible” for the killing of the dissident journalist Jamal Khashoggi are brought to account.

Saudi authorities announced on Monday that five people had been sentenced to death for the brutal murder last year of Mr Khashoggi at the Saudi consulate in Istanbul.

However the verdict was swiftly condemned by critics as a “mockery” amid complaints that those who ordered the killing the had been left untouched by the investigation.

“The killing of Jamal Khashoggi was a terrible crime. Mr Khashoggi’s family deserve to see justice done for his brutal murder,” he said in a statement.

“Saudi Arabia must ensure all of those responsible are held to account and that such an atrocity can never happen again.”

The murder of Mr Khashoggi – a prominent critic of the Saudi royal family – by a team of Saudi agents when he went to pick up documents which would have allowed him to marry his Turkish fiancee, caused widespread international revulsion.

In all, 11 people were put on trial in Saudi Arabia for the murder – described by the authorities as a “rogue operation” – although their names have not been made public.

In addition to those sentenced to death, three others were given jail terms totalling 24 years.

However, critics have consistently complained those who masterminded the murder had not been brought to justice, amid repeated claims that Saudi Crown Prince Mohammed bin Salman was ultimately responsible.

Mr Khashoggi spent the last year of his life in the United States where he wrote a series of columns for The Washington Post criticising the prince’s human rights record at a time when he was winning international plaudits for his social reforms.

UN special rapporteur Agnes Callamard, who authored a report which found the journalist’s death was an “extrajudical execution”, said the defendants had repeatedly stated that they were obeying orders.

“Bottom line: the hit-men are guilty, sentenced to death. The masterminds not only walk free. They have barely been touched by the investigation and the trial,” she tweeted.

“That is the antithesis of justice. It is a mockery.”

In the US, congress has said it believes Prince Mohammed is “responsible for the murder”, despite Saudi insistence he had no involvement in the operation.

President Donald Trump has condemned the killing but has stood by the prince and defended US-Saudi ties.