Homeowner fined more than £60,000 after damaging protected 90-year-old tree so badly it had to be cut down

A homeowner who damaged a 90-year-old cedar tree so badly that it had to be cut down has been fined more than £60,000.

Stephen Lawrence had applied twice to his local council to fell the tree, which was protected, but both applications were refused. 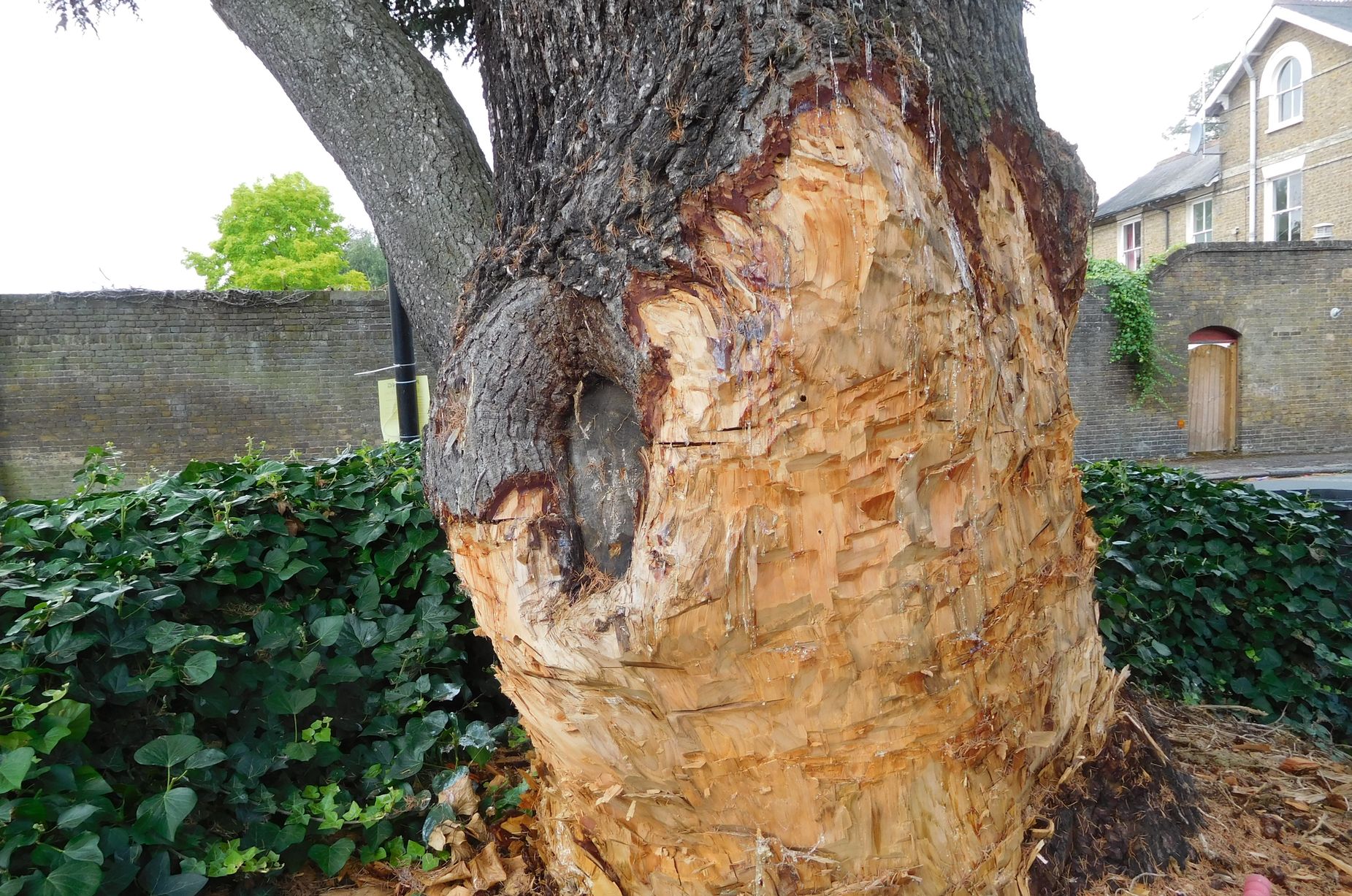 Instead he stripped the back off the trunk of the tree and despite warnings, continued to damage the tree so that eventually it had to be felled, said Chelmsford City Council.

The council took Lawrence, of Chelmsford, Essex, to court, where he pleaded guilty to wilful damage to a protected tree.

Councillor Mike Mackrory, the council's cabinet member for sustainable communities, said: "This is a significant fine which reflects the age and the value of the tree: to people in the local neighbourhood who enjoyed seeing it every day, to the flora and fauna who lived in it, and to the wider environment as trees like this are hugely important in absorbing carbon.

"It was the further attacks on it, after Mr Lawrence had been ordered to cease damaging it in the spring, which completely finished it off and meant that there was now no chance that this beautiful old tree could live."

The tree was a mature cedar in a conservation area in front of Lawrence's Grade II-listed property, which the council believe was planted shortly after the house was built in 1908.

The court heard that Lawrence had been warned by the council not to damage the tree but continued to, stripping it partly of bark.

In May officers found that holes had been drilled into the trunk and all of the bark stripped from its lower trunk, leading it to bleed sap.

It's not the first time a protected tree has caused a spat between a homeowner and their local council.

In 2017 Kamran Chaudhary was left fuming after two 70ft trees that Burnley Council had told him he couldn't cut down ended up crashing into his garden.