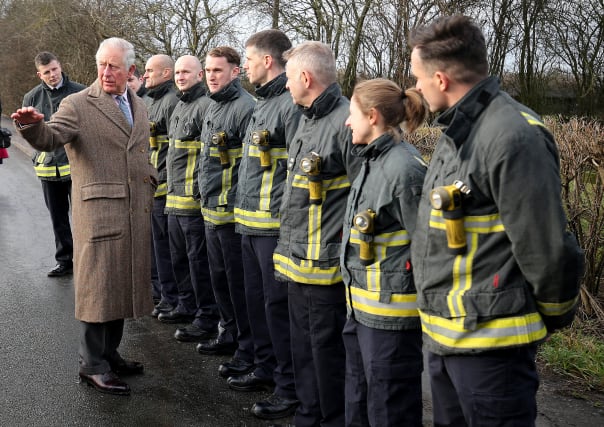 The Prince of Wales has visited the Yorkshire village of Fishlake to see for himself the recovery operation after last month’s devastating floods.

He met firefighters, police officers and soldiers on the outskirts of the village near Doncaster, then headed to the worst-affected areas.

Clarence House confirmed that Charles had made donations to flood relief funds in South Yorkshire and Derbyshire.

The donations, made through the Prince of Wales Charitable Foundation, have been made to Foundation Derbyshire’s flood relief fund and another from the South Yorkshire Community Foundation.

The donations have been matched by the Duke of Westminster.

Last month the Army was called in to help the relief effort in stricken towns and villages across northern England and the Midlands following weeks of saturating rain.

Doncaster Council said 970 homes and businesses in the town were affected.

One of the worst-affected areas was Fishlake, where business owner Pam Webb’s tears became an enduring image of the misery caused.

She learned that the insurance for her Truffle Lodge luxury spa did not cover flooding and last week she told the PA news agency: “There are people who have lived in this village all their lives who, with respect, are in their 80s and their 90s, and are looking at not being able to be back in their properties for possibly 12 to 18 months.”