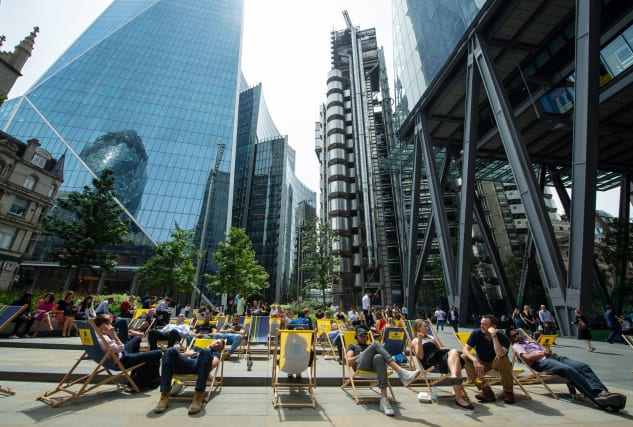 Insurance giant Lloyd’s of London has agreed to have its whistleblower services audited for the next three years by the Bank of England as it attempts to clean up its battered image.

The decision comes after the business revealed earlier this year that an independent report found nearly one-in-10 workers had witnessed sexual harassment in the past 12 months.

Bosses must, each year until 2023, provide a description of all whistleblowing channels along with information on all training given to staff on whistleblowing.

They must also confirm whether any training is voluntary or compulsory, who conducted it, and how many whistleblowing reports have been received each year until 2023.

The Bank’s Prudential Regulation Authority (PRA) said: “Following the Society of Lloyd’s (Lloyd’s of London) self-identification and disclosure to the PRA that aspects of its internal whistleblowing systems and controls had been ineffective for a period of time, the PRA has concluded that these arrangements require enhanced monitoring and scrutiny.”

Officials at the PRA wrote to all insurance firms in November calling on the sector to improve its workplace cultures.

But Lloyd’s of London has been specifically highlighted on Monday, with the PRA pointing out the 333-year-old insurer’s whistleblowing channel for staff had not been operational since October 2017, after bosses told the Bank in February this year.

Then in September, the organisation said a commissioned survey of staff revealed “ugly, stark and unacceptable” signs of bullying and harassment.

It followed reports in the media of a heavy drinking culture and sexual harassment of female staff.

Chief executive John Neal said the findings of the poll of more than 6,000 staff across the insurance market was far worse than expected, and laid bare the scale of the toxic culture that has “for too long gone unspoken”.

Since the report, Lloyd’s has agreed to launch a “Speaking up campaign” by the end of the year to encourage people to act when they see or experience inappropriate behaviour.

It has already promised an independent and confidential access point for reporting inappropriate behaviour.

Individuals found to have acted inappropriately will also be subject to sanctions from both their own companies and Lloyd’s, including a possible temporary or permanent ban from entering Lloyd’s offices.

In April the institution also set out a new code of conduct that included a ban on its staff drinking between 9am and 5pm.