Vapers struggling to quit ‘should be given support’ 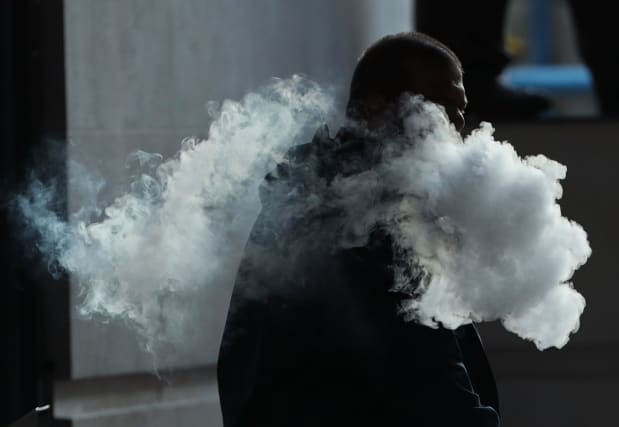 Former smokers who are struggling to quit vaping should be given support, a drugs expert has said.

Adam Winstock, a consultant psychiatrist and honorary clinical professor at University College London, said people should view the activity as a transition to becoming totally free from nicotine, rather than simply a “substitute” for smoking tobacco.

While the potential long-term health risks of vaping are unknown, it is widely believed to be safer than smoking.

Prof Winstock said it is better for people to vape for a long period of time rather than revert to smoking tobacco, but that their “secondary goal” should be to quit altogether.

He told the PA news agency: “While most other forms of nicotine replacement were designed as a transition from using nicotine to not using nicotine, I think for some people vaping devices simply become a substitute.

“And because effectively you are delivering more nicotine when you are vaping and there isn’t that same easy way of knowing how many vapes you’ve had a day compared to cigarettes, I think there will be some people who will continue, and possibly escalate, their nicotine dependence.

“Is that a problem? It’s better than smoking. But I think people who switch should have at the back of their mind that their transition to vaping should be considered temporary, anywhere from a month to six months.”

Prof Winstock says manufacturers should design products that make it easier for vapers to track how much they are consuming.

For example, a vape device could beep when the user has inhaled the equivalent of a traditional cigarette.

He also says, in an ideal world, people would be given the same support and advice as smokers who turn to the NHS for help quitting cigarettes.

But with reduced funding for stop smoking services, he can understand why health professionals would want to prioritise tobacco users.

He continued: “I think people who are finding it difficult to reduce use of their vape should be offered the same access and advice, which ultimately is going to be switching to a non-inhalable form of nicotine replacement, whether it’s tablets or gum or patches, and reducing of, getting some counselling, and/or trying anti-craving medication such as Varenicline.”

He added: “I don’t think because you switch, your journey is over. It’s about reminding people that the primary goal is don’t return to smoking but your secondary goal for both health, psychological and financial reasons should be to come off altogether.”