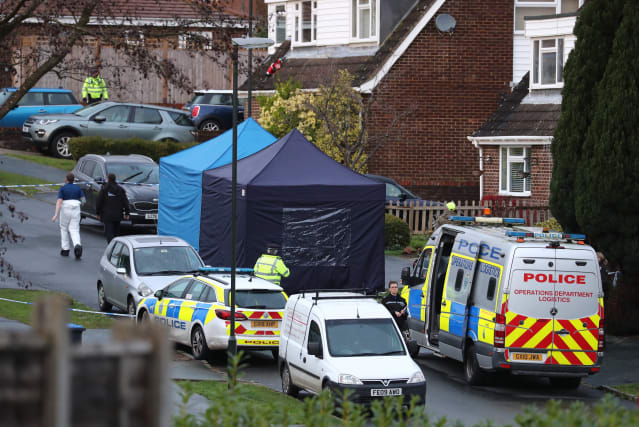 A man has been arrested on suspicion of murder after two women were killed in a village in West Sussex.

Emergency services were called to a house on Hazel Way, Crawley Down, on Sunday morning and found the two women outside and a man seriously injured inside.

Reports suggested that a knife had been involved in the attack.

Sussex Police said it was an isolated incident with no further risk to the public.

The force gave no further details about the arrested man or the cause of death. The injured man has been taken to Royal Sussex County Hospital in Brighton.

Detective Chief Inspector Alex Geldart, of the Sussex and Surrey major crime team, said: "At this time we believe this to be an isolated incident, with no ongoing risk to members of the public.

"This is a fast-moving investigation which will see significant police resources deployed to the scene for the forseeable future.

"We are grateful for the support and patience of the local community while we conduct our enquiries."