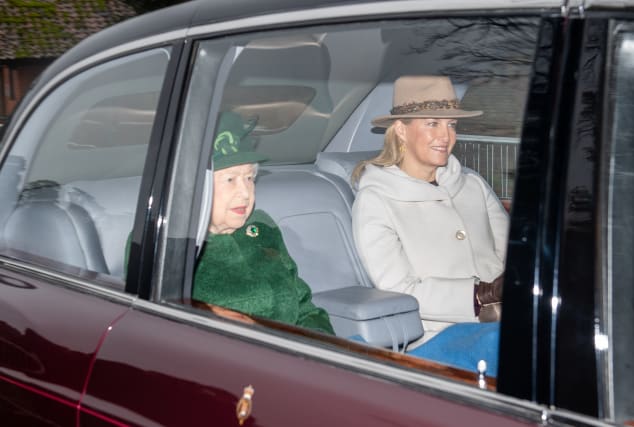 The Queen attended church on Sunday, after the Duke of Edinburgh spent his second night in hospital.

A regular church-goer, the Queen arrived at St Mary Magdalene in Sandringham, Norfolk – the same church she is expected to attend for the Christmas Day service.

The Queen, dressed in green, was driven to church alongside the Countess of Wessex.

The duke’s admission on Friday to the private hospital, which has treated royals for decades, was a “precautionary measure,” said Buckingham Palace.

According to one report, the 98-year-old has been laughing and joking with the staff treating him in the run-up to Christmas.

Others suggest his admission follows a spell of ill-health – the Sun quoted a royal source saying the duke had a fall recently, while the Daily Mail reported he had been battling a flu-like condition.

Buckingham Palace said the Duke travelled from Norfolk to the King Edward VII Hospital in London for observation and treatment in relation to a pre-existing condition.

“The admission is a precautionary measure, on the advice of His Royal Highness’s doctor.”

The duke is reported to have been flown to London by helicopter and was expected to be in hospital for a few days.

His treatment did not alter the Queen’s schedule, and she left London for Norfolk by train on Friday to begin her traditional festive break on the private Sandringham Estate.

The duke has spent most of his time at their Norfolk home since he retired from public duties in August 2017.

Days before Philip’s admittance to hospital, his family were pictured celebrating and baking festive treats together.

The Queen, Prince of Wales, Duke of Cambridge and Prince George were seen making Christmas puddings in the Music Room at Buckingham Palace.

In the pictures released by the palace, the royals were seen in front of a regal Christmas tree, adorned with decorations of corgis, crowns, and a soldier in a Scottish kilt.