More than 90 flood warnings issued due to severe weather 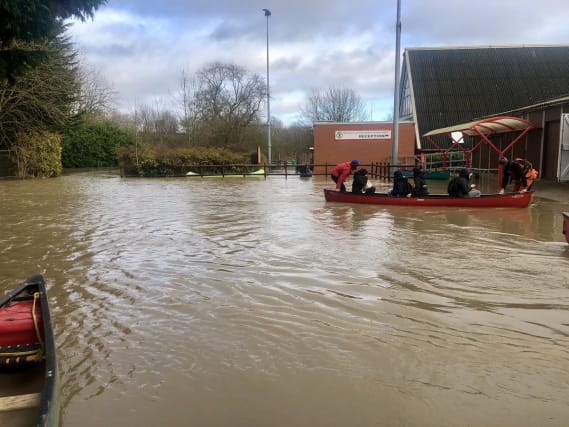 The Environment Agency had put in place 91 flood warnings – meaning flooding was expected and immediate action had to be taken – for the Midlands, south, south-west and south-east of England.

The agency also issued 237 flood alerts – meaning flooding was possible and people needed be prepared – for the same areas and into the country's north.

The south was soaked by showers throughout Saturday, while emergency services were called to Chertsey, Surrey after a tornado brought down trees and flipped cars.

The Met Office had put in place a yellow warning until 9am on Sunday, with heavy rain expected to move across southern parts of England.

Flooding of homes and businesses was likely, bus and train services would probably be affected as would road journeys, the office said.