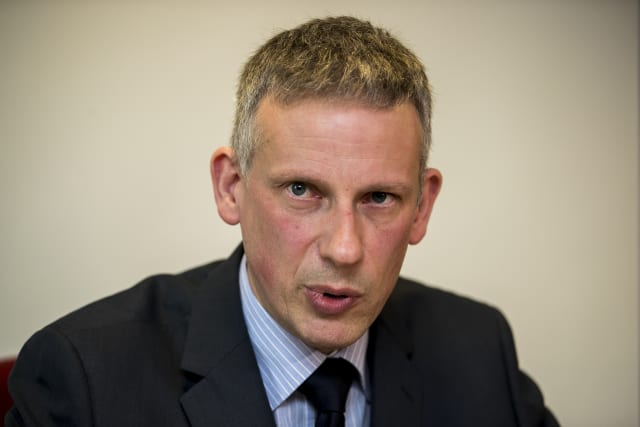 Knuckle dusters, baseball bats, hammers and guns have been used by paramilitaries in attacks across Northern Ireland in 2019.

Some 77 people were targeted by both dissident republican and loyalist groups over the course of the year.

There were 60 casualties of assaults, up from 54 last year, as well as 17 shootings, down from 21 last year.

Six of the 60 people targeted in assaults were under 18, while the remainder of the victims were adults.

The most commonly used weapon was baseball bats, often along with iron bars and hammers.

However in response to a Freedom of Information request by the PA news agency, the PSNI revealed a variety of weapons used, including flick sticks, wrenches, knuckle dusters, pick axe handles, wooden poles and even scaffolding poles.

The level of injuries varied from bruising to broken bones and multiple shotgun wounds.

One victim in 2019 was left with a broken left shoulder, stab wounds to the back, swelling to the leg and a laceration to the head while another suffered gunshot wounds to both ankles.

Paramilitary groups refer to these attacks, which often involve victims being shot in the knees and/or ankles and elbows as “punishments”.

However a senior police officer described the justification attempts as “fantasy”.

Detective Chief Superintendent Raymond Murray emphasised that the PSNI is the “only legitimate provider of law and order”.

“There is no justifying these attacks, they are barbaric,” he said.

“Those who continue to believe in the use of violence, from whatever criminal grouping they claim to represent, do so to cement their own status and exert control, in full acceptance of the fact that they are victimising their own communities.

“Paramilitaries pedal the fantasy that they exist to protect or defend the community but the reality is that they are driven by their own self-interest.

“They show cowardice in the way they fail to make themselves accountable and continue to carry out acts of violence despite having little to no community support.

“These hypocrites acting as judge, jury and, in some instances, executioner do not represent the interests of any community.

“Contrary to the perpetrators’ rhetoric, not all of their victims have been involved in criminality.

“When criminality occurs within communities, the Police Service of Northern Ireland is the only legitimate provider of law and order.”

Det Chief Supt Murray said police are targeting the groups responsible for the attacks and shootings.

“There are obvious difficulties in getting victims and witnesses of paramilitary-style attacks to come forward due to fear but PSNI are far from powerless when it comes to dealing with these people who are exploiting their own communities,” he said.

“We are targeting the groups and individuals we suspect are responsible for the attacks and tackling their wider criminality, be that drug dealing, money laundering, human trafficking or any other illegal activity.

“My message is simple. Policing works for communities, particularly for those communities that engage and work with us.

“Ultimately we all have a role to play in creating a safer society and ending the harm caused by paramilitary-style attacks. We will continue to focus our efforts on dismantling the structures of paramilitarism and we continue to encourage the community to engage with us.

“We all want the violence to end and by working together we can make this happen.”