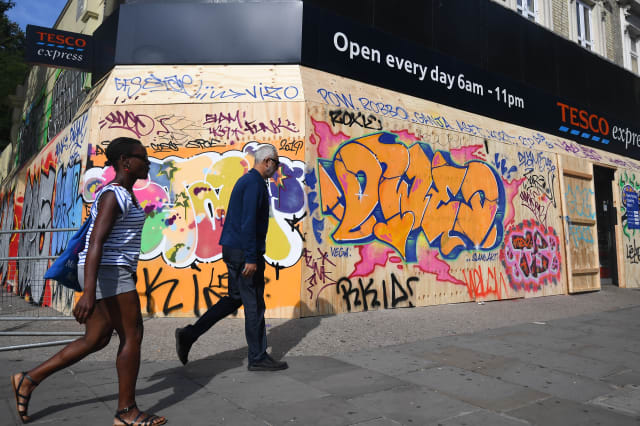 Tesco has halted production at a factory in China alleged to have used 'forced' labour to make charity Christmas cards.

A six-year-old schoolgirl from Tooting, south London opened her box of cards to distribute them to friends and found the following message: "We are foreign prisoners in Shanghai Qinqpu prison China.

"Forced to work against our will. Please help us and notify human rights organisation," the message added, according to The Sunday Times.

A Tesco spokeswoman told PA that the company was "shocked" and had shut down operations at the facility.

A cry for help from a Shanghai prison in a charity Christmas card has turned an embarrassing spotlight on Tesco's relationship with its Chinese suppliers and their use of forced prison labour https://t.co/1L444fFfX3

"We would never allow prison labour in our supply chain," she said.

"We were shocked by these allegations and immediately halted production at the factory where these cards are produced and launched an investigation.

"We have a comprehensive auditing system in place and this supplier was independently audited as recently as last month and no evidence was found to suggest they had broken our rule banning the use of prison labour.

"If evidence is found we will permanently de-list the supplier."

Tesco donates £300,000 each year from the sale of the cards to the British Heart Foundation, Cancer Research UK and Diabetes UK.

The card with the message on it had been made at Zheijiang Yunguang Printing, where it is understood an independent audit was conducted in November which found no concerns about forced labour.

The retailer has not received any complaints from customers about messages inside cards.