Santa ‘used by parents to get their children to behave’ 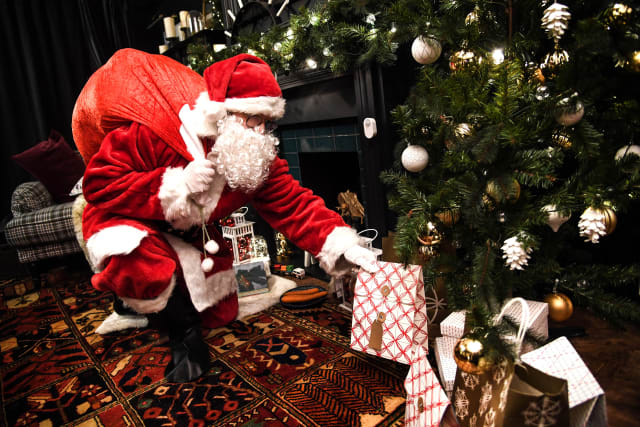 Parents around the globe enlist Father Christmas and his elves to get their children to behave, according to a major international survey.

The threat of being on Father Christmas’ naughty list had improved the behaviour of a third of people who took part in the research.

The University of Exeter survey, taken by 4,200 people from around the world, shows the average age of children finding out the truth about Santa is eight.

This is almost the same for both the USA and the UK, while Scottish children discover the truth later, at around eight years and six months.

The study shows that 62% were aged between seven and 10 when they found out Father Christmas was not real.

Psychologist Dr Chris Boyle, who runs the survey, said: “Around 40% of respondents had used the idea of Santa or elves or little helpers to get their children to behave throughout the year.

“Just under half of parents said they continued telling their child about Father Christmas because they wanted to keep their own childhood memories alive.”

The survey also shows children who leave secondary school with no qualifications are more likely to have believed in Father Christmas for longer.

People who do not pass any exams had still had faith in Santa when they were eight years and eight months – eight months longer than average.

Those who go on to get a doctorate had stopped believing earlier – at seven years and seven months.

Dr Boyle has found learning the reality about Father Christmas leads people to question their trust in adults and makes Christmas more disappointing for them.

A third of people questioned said they felt “stupid” when they were aware of the truth.

“I’ve received highly personal testimony from people around the globe, and it’s fascinating to see how vividly they still remember when they learned the reality about Father Christmas,” he said.

“For some this did affect their trust in adults, and caused sadness which has lessened the joy they took in celebrating Christmas.”

– The survey is continuing to run and people can take part at www.thesantasurvey.com.