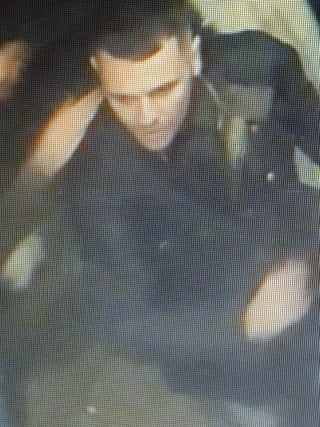 Police have released CCTV images of three men they wish to speak to in connection with an attack on two officers.

A male police officer was punched in the head and knocked unconscious and a female colleague was dragged to the floor and stamped on as they intervened in a fight near a pub in Greater Manchester.

The officers were responding to another call when they saw a large group of men fighting in Long Street, Middleton, at 2.35am on Saturday.

The attack followed a night nicknamed Mad Friday or Black Eye Friday – the last Friday before Christmas which is often busier than usual for emergency services due to the number of revellers on the streets.

Greater Manchester Police said a number of men involved in the disorder had been ejected from Infinity nightclub on Long Street a few minutes earlier.

It has released CCTV of three men it wishes to speak to in connection with the attack, and urged witnesses to come forward.

Detective Inspector Karl Ward said: “We have been continuing our inquiries throughout the day and we are now releasing CCTV images of three men we wish to speak to in connection with this shocking incident.

“If you think that you might recognise the men pictured in the images then I would encourage you to please contact us as a matter of urgency.

“We are also keen to speak with anyone who has any additional information that they believe can assist us with our investigation.”

GMP said both officers were taken to hospital but they have since been discharged and are recovering at home.