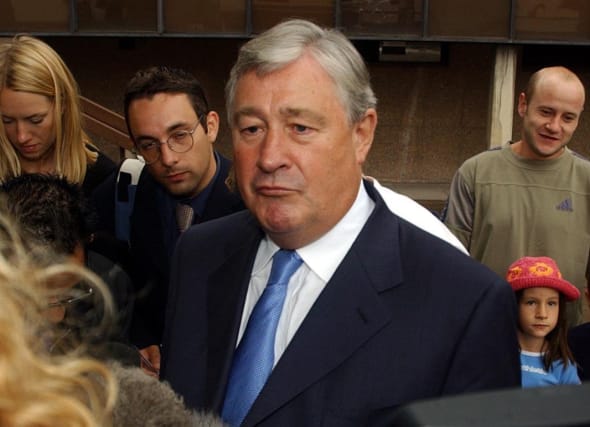 A former Labour MP has been referred to Scotland Yard for suspected “claims irregularities” in Commons payments involving a female employee over whom he had power of attorney.

Police are “assessing” the referral concerning Geoffrey Robinson after his friend Brenda Price was paid a £30,000-a-year salary for working in his office until the age of 89, the Mail on Sunday reported.

Ms Price had worked for him since 1997 but an IPSA submission was only made in January 2018 – three months after she gave Mr Robinson power of attorney.

In a statement, the Metropolitan Police told the PA news agency: “In December 2019, the Independent Parliamentary Standards Authority (IPSA) made a referral to the Met in relation to possible expense claims irregularities in relation to an individual. This is currently being assessed.”

IPSA confirmed it had made the referral, while the Labour Party noted Mr Robinson was no longer an MP.

Mr Robinson stepped down from his seat in November after 43 years, including a two-year period until 1998 in which he served as Paymaster General.

The 81-year-old was suspended from the Commons for three weeks in 2001 when he failed to declare an invoice asking press barron Robert Maxwell for £200,000 in 1990.

The Labour member also charged taxpayers nearly £1,000 per month to rent a room from Ms Price, the Mail claimed.

In May, Mr Robinson denounced claims made by the paper that he was a spy for communist Czechoslovakia during the Cold War.

The Mail reported that, according to documents from the Czech archives, Mr Robinson passed information to the StB state security service for three years during the 1960s.

The material was said to have included highly sensitive details relating to Britain’s Polaris nuclear deterrent as well as Nato briefing notes.

But in a strongly worded statement, a then spokesman for Mr Robinson said the allegations were “a lie”.

“These allegations are highly defamatory and false and Mr Robinson strongly refutes them,” the spokesman said.

“At no time did Mr Robinson ever pass confidential government documents or information to any foreign agent and he did not have access to such material.”