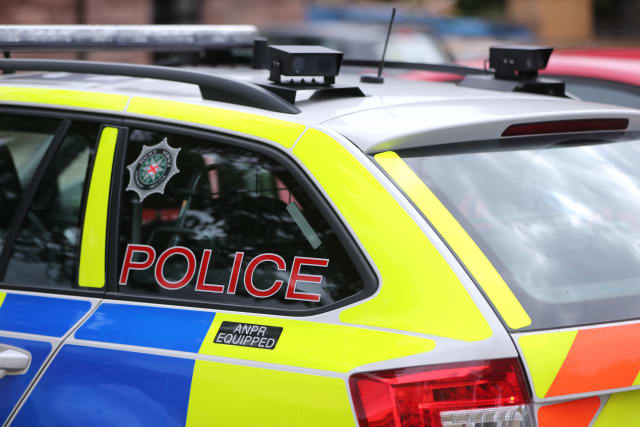 A husband and wife accused of murdering their five-year-old daughter claim she fell down the stairs while they were sleeping, a court has heard.

Nadia Zofia Kalinowska died at her family home in Newtownabbey on the outskirts of Belfast in the early hours of Sunday December 15.

Nadia’s mother Alexsandra Wahab, 25, and stepfather Abdul Wahab, 31, appeared at Belfast Magistrates’ Court on Saturday accused of murder, grievous bodily harm with intent, and causing or allowing the death of a child.

A district judge refused bail applications from both, citing concerns they might seek to flee the jurisdiction, and remanded them in custody.

The court heard the accused deny the charges and claim Nadia sustained the fatal injuries when she fell down a flight of stairs in their Fernagh Drive home in the middle of the night.

However, the court was also told police had concerns about multiple and potentially historical injuries found on the P1 pupil’s body.

A detective chief inspector, who said he could connect both accused with the charges, said pathology findings had turned the inquiry into a murder investigation.

He opposed bail on the grounds the couple could flee if released on bail and have access to funds to finance such travel.

The court heard the couple’s two-year-old son had been placed in emergency protective care and was being assessed as a potential witness.

The officer raised concern that the boy could be at risk if the couple were released and gained access to him.

He said if they were bailed, police had concerns about the suitability of them residing at their home address, given tensions in the area and several recent hate crime incidents.

Wahab, dressed in a blue jumper, and his wife, wearing an orange and black shawl, appeared in the dock together.

Two custody officers sat between the pair, who wept at points during the hearing.

He described the case as “very emotive and difficult”, and said the accused should be preparing to bury her daughter rather than standing in the dock.

“This is a grieving mother who has lost her five-year-old daughter,” he said.

“She was sleeping with her young daughter and she got up in the middle of the night to use the toilet and has fallen down the stairs,” he said.

Mr Trainor said the family had arrived home late that night after attending a wedding in England and everyone had been very tired.

He said Mrs Wahab was woken by the sound of the fall.

The solicitor said his client woke her husband and emergency services were called.

Mr Trainor acknowledged there were police concerns about a “multiplicity of injuries”.

However, he highlighted reports from staff at Nadia’s school who described her as a “happy child” who was always running and was “very clumsy”. He said there had been six separate injury reports relating to incidents at the school since she started P1 in September.

He insisted the couple would not flee the jurisdiction.

“This was a little girl who should be looking forward to Christmas and we are now in the process of making funeral arrangements,” said the barrister.

“It’s hard to convey the sense of despair Mr Wahab has been feeling over his daughter’s death.”

He said despair had been compounded by “disbelief” that he had been charged with murder.

“He has woken from his sleep and goes to the top of the stairs to see Nadia at the bottom of stairs,” the lawyer added.

Mr Loughrey said Mr Wahab spoke to Nadia and took her to the bathroom where she lost consciousness, prompting him to start CPR.

The barrister added there was an “imprecision” about when and how certain injuries found on Nadia’s body had been sustained.

“I can’t ignore the gravity of the charges as they stand at present,” she said. “These are the most serious charges that can come before a court.”

She also noted there were outstanding medical reports in the case.

The judge said she was refusing bail on the ground of risk of flight and remanded the couple in custody to appear before court again by video-link on January 17.