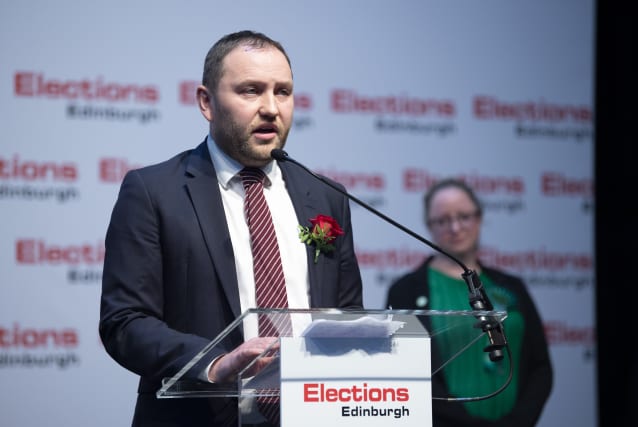 Scotland’s only Labour MP has been pushed to run for deputy leader of the party in a bid to “widen the debate”.

It comes amid a warning that those who have intimated their interest in running for the party’s top jobs are too focused on the north of England.

A senior Labour Party source told the PA news agency Ian Murray was approached by MPs to mount a possible run but nothing has been decided as yet.

It is understood the Edinburgh South MP will take the festive period to decide if he will throw his hat in the ring in the new year.

The source said: “There’s a feeling among some MPs that the debate should be widened to include Scotland and Wales, as opposed to just the north of England.”

Mr Murray was a frequent critic of Jeremy Corbyn and battled deselection before the election after a bid by the Unite trade union.

Local party members voted against the attempt to unseat him and the Edinburgh South MP marched to a majority of more than 10,000 votes, down from the 2017 election – when he enjoyed the highest vote share of any candidate in Scotland.

Mr Murray tweeted, hours after polls closed on December 12, that the current Labour leader was a frequent topic of discussion on the doorsteps of his constituency, adding the party had “let the country down”.

He had previously fallen out of favour with party leadership when he resigned as shadow Scottish secretary in 2016, questioning the ability of Mr Corbyn to win a general election, along with other frontbenchers.

Unite leader Len McCluskey, an ally of the current Labour leader, told PA in October it was an “absolute insult” by Murray.

Mr Corbyn announced he would not fight another general election as Labour leader on polling night.

He is expected to remain in place until the end of the leadership contest in March.

Despite being the only MP north of the border, Mr Murray was passed over for his former Scottish shadow secretary role in favour of Rochdale MP Tony Lloyd.