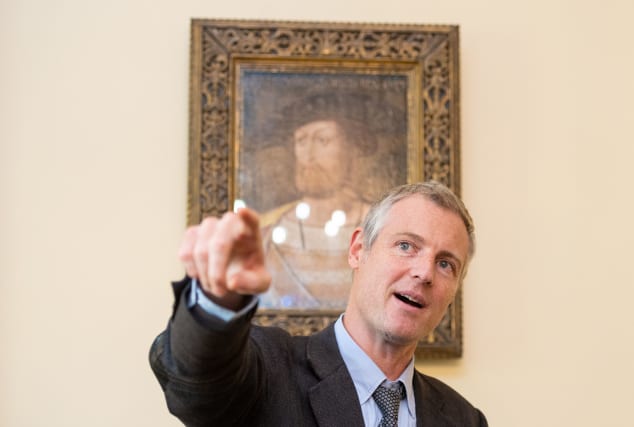 Downing Street has dismissed allegations of cronymism over the appointment of ousted Tory MP Zac Goldsmith to the Lords so he can keep his job in the Government.

His appointment came after Nicky Morgan controversially kept her Cabinet post as Culture Secretary – despite standing down as an MP at last week’s election – when she was made a life peer.

Labour has accused Boris Johnson of using the peerage system to appoint “jobs for mates” after voters in Richmond Park emphatically rejected Mr Goldsmith in the General Election.

Asked about the criticism, the PM’s official spokesman said: “Zac Goldsmith was doing an excellent and committed job in Cabinet, dealing with really important issues, and he will now be able to get on with that work and carry on delivering.”

The spokesman repeated his praise when asked if it was reasonable to swiftly reward an MP who lost to the Liberal Democrats by 7,766 votes.

It was also pointed out that, in July 2012, Mr Goldsmith tweeted: “Seedy lists of party apparatchiks appointed by power hungry party leaders & insulated from any democratic pressure for 15 yrs? No thanks.”

After the message was put to him, the official was unable to say how Mr Johnson convinced the minister to stay on, saying: “I don’t have details of any conversations.”

“It says everything you need to know about Boris Johnson’s respect for democracy that he has ignored the voters of Richmond Park and appointed Goldsmith to Government,” he said.

“The public deserve better than a Government appointed by ‘jobs for mates’.

“At a time when the Conservatives are investigating racism in their party, they’ve appointed the person who ran an overtly racist campaign against Sadiq Khan.

“Zac Goldsmith is not fit to hold any government position.”

Lib Dem Sarah Olney, who took the Remain-supporting constituency from Mr Goldsmith, who backed Brexit, echoed the allegations of cronyism.

“It is the first days of Parliament returning and already Boris Johnson is rewarding his cronies with peerages,” she said.