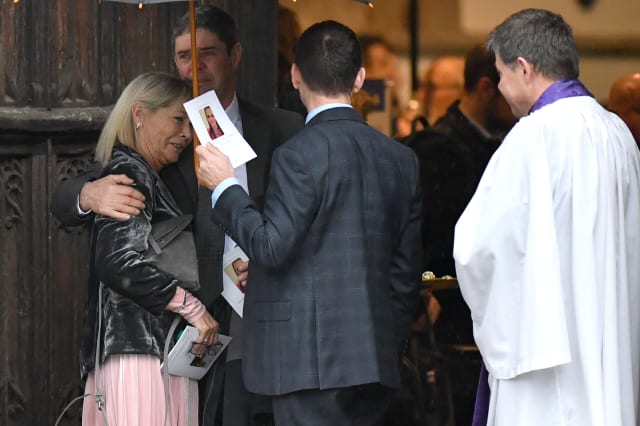 A memorial service has been held for London Bridge terror attack victim Saskia Jones in her home town of Stratford-upon-Avon.

The service, led by Rev Patrick Taylor, was held at Holy Trinity Church, where playwright William Shakespeare is buried.

Ms Jones’ mother Michelle Jones, her grandmother, and other family members attended the memorial, and had held a private funeral earlier in the day.

Speaking after the attack, her loved ones had paid tribute to a “brilliant, caring daughter”, who was a Cambridge University graduate and had applied to become a police officer.

They said they had been left “devastated” by her death in the London Bridge attack, where she had been among those attending a prisoner rehabilitation event.

Mourners began arriving at the church just after 11am.

There were readings by both Ms Jones’ uncle, Phil Jones – who read Psalm 121, and her mother, who recited Nicole Lyons’ I Hope That Someday When I Am Gone.

“I hope that someday when I am gone, someone, somewhere, picks my soul up off of these pages and thinks, I would have loved her.”

The service concluded with the playing of James Blunt track, The Greatest.

The family requested donations for Warwickshire and Northamptonshire Air Ambulance.