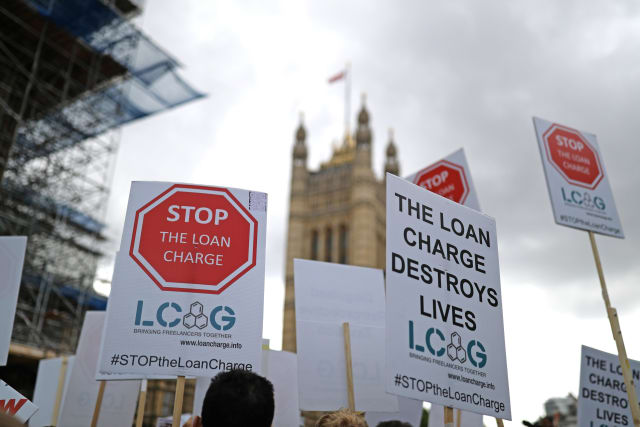 Campaigners say reforms to the controversial loan charge do not go far enough, and labelled a new cut-off date “meaningless”.

The Government on Friday accepted a number of recommendations in a report by senior auditor Sir Amyas Morse and agreed to reduce the tax bill of 30,000 people caught up in the loan charge – a “draconian” tax avoidance clampdown which has been linked to seven suicides.

Sir Amyas’ report said HM Revenue and Customs (HMRC) should only chase tax repayments from those involved in the scheme up to 2010 – a roll-back of 11 years from the initial 1999 cut-off that the Treasury has accepted.

But prominent Conservative MP David Davis, the former Brexit secretary, said HMRC had given “reassurances that the schemes were legitimate” in the past and only clarified the law through the Finance Act in 2017.

Sir Ed Davey, acting leader of the Liberal Democrats, called the new 2010 deadline “meaningless” and said any retrospective demands for tax payments should be abolished entirely.

“The reality is that those affected by the loan charge were advised by promoters of the schemes that the arrangements were perfectly fine.

“In some cases HMRC itself gave reassurances that the schemes were legitimate.

“The Treasury needs to take a common-sense look at these proposals and ensure no loans before 2017 are included in the scope of the loan charge.”

Sir Ed, former chairman of the cross-party loan charge group, added: “At last we have the news that the draconian loan charge legislation is to be significantly amended in Parliament next year.

“There are welcome and significant changes, yet I still believe there remain injustices which will need further changes, including the removal of all aspects of retrospection.

“This is an understandable attempt at a compromise. But Sir Amyas Morse has recommended a seemingly arbitrary and meaningless cut-off point at which the loan charge should not apply.”

The loan charge is an anti-avoidance measure introduced in the 2016 Budget to address tax loss from what the Treasury called a variety of “disguised remuneration” schemes.

Under such schemes, individuals – often freelancers or self-employed contractors – were paid via a third party in the form of loans, replacing part or all of their salary.

Due to loans not incurring income tax, the Government decided that those entering into such schemes, which dated back to 1999, had been skirting their tax payments and demanded income tax to be paid on the full amounts received over that duration of time.

In a review by Sir Amyas, a former comptroller and auditor general at the National Audit Office, published on Friday, he said the 1999 date should be rolled back to December 9 2010 and that those paying a loan charge liability should be given longer to pay it back.

The Government said the changes, which HMRC has largely accepted, would reduce bills for 30,000 people – more than 60% of those impacted.

At least 11,000 people will be taken out of having to make repayments altogether.

Many of those sent large tax bills say they were advised to enrol in the schemes and the review concludes that it was not clear until 2010 of the legal standing in using them.

Sir Amyas said: “For the 20-year look-back period of the loan charge to be proportionate and justified, taxpayers would need to have acted in a way that was perverse in light of a clear legal position. This was not the case.

“I therefore conclude that the loan charge should not apply to loans entered into by either individuals or employers before December 9 2010, being the point at which the law became clear.”

Financial Secretary to the Treasury Jesse Norman said: “There have been important public concerns about this policy, and that is why we commissioned this report and have responded so quickly to it.

“The changes we are making go to the heart of Sir Amyas’s concerns about the fairness and application of the loan charge, which he accepts in principle.”