Family carry out own reconstruction to finding missing mother-of-two 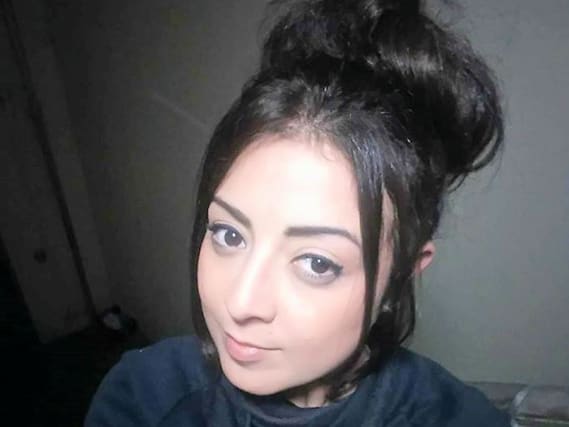 The family of a mother-of-two who has been missing for 21 months have created their own reconstruction of her last movements in a bid to trace her.

Georgina Gharsallah was 30 years old when she vanished in Worthing, West Sussex, in March 2018.

Her disappearance is being treated as a homicide investigation by Sussex Police, which recently raised a reward for information from £5,000 to £10,000.

Now her family have carried out a reconstruction as they believe detectives have not carried out a “proper” CCTV search having only uncovered an eight-second clip from the time of her disappearance.

Andrea Gharsallah, the missing woman’s mother, said: “Sadly we as a family feel that wherever there was a choice for Sussex Police to do more or less – they did less.

“We have had to take the lead in the investigation and have been forced to because the police have been so reluctant to do the basics never mind go the extra mile.

“We have been forced to release our own reconstruction of Georgina’s last movements. Sussex Police wouldn’t do it.”

The family have recruited Clive Driscoll, a former detective chief inspector who led the investigation into the death of Stephen Lawrence, for technical guidance.

Ms Gharsallah said: “We have produced our own reconstruction and tried to go the extra mile in a desperate effort to try and find out what happened to my daughter, Georgina.”

Mr Driscoll said: “I am very surprised that Sussex did not facilitate a reconstruction 20 months ago and I am convinced that this reconstruction can make a positive difference in the search for Georgina.

“Everything we can do to bring this tragic case to the public’s attention will help. We simply paint the picture of her last hours, what she was wearing, where she went and where she might have been going.”