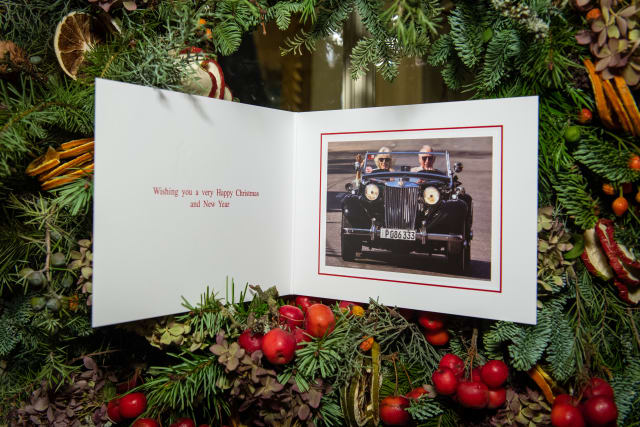 The Prince of Wales keeps his eyes on the road and hands on the wheel in an image chosen for his Christmas card.

Charles is pictured with wife Camilla beside him as he drives a classic British car during their historic visit to Cuba in March.

The sight of American motors from the 1940s and 1950s on the streets of the Cuban capital is known the world over but there is also a group of hardcore fans dedicated to UK cars from makers like Triumph, Austin-Healey and Jaguar.

The heir to the throne was loaned the black MG TD from 1953, and drove it a short distance to a rally in Havana’s John Lennon Park, featuring other lovingly restored vehicles.

Charles, the owner of an Aston Martin DB5 Volante convertible, had a practice run in the MG a few days before he drove to the rally.

After he arrived at the event with Camilla, he said: “The one I was driving is the most beautiful car. It has an incredibly powerful accelerator.

“It is incredibly close to the brake so you have to be careful you don’t press the wrong one.”

The printed message in the card, which Charles and Camilla will send to friends, charities and organisations associated with the couple, reads “Wishing you a very Happy Christmas and New Year”.

The photograph was taken by Ramon Espinosa, a photographer with the Associated Press.