Brexit decision-makers won’t have to live with consequences, warns MP 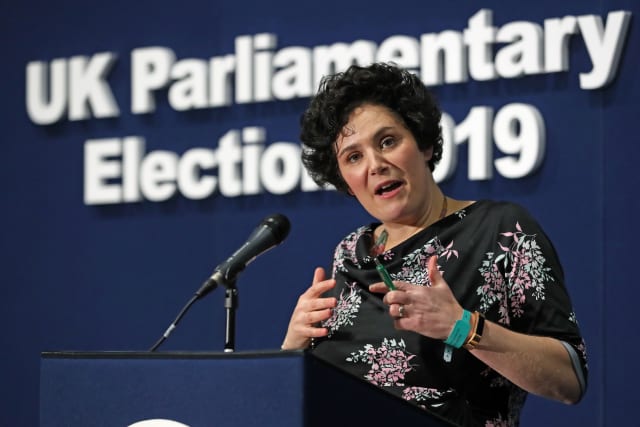 Concerns over the impact of Brexit on Northern Ireland have been dismissed by those “who won’t ever have to live with the consequences”, MPs have heard.

The SDLP’s Claire Hanna (Belfast South) used her maiden Commons speech to raise issues about the impact of the UK’s withdrawal from the EU, telling MPs the 2016 referendum created a “problem that didn’t need to exist” and which “reopens old wounds”.

Ms Hanna, outlining the SDLP’s opposition to the European Union (Withdrawal Agreement) Bill, said: “For Northern Ireland in particular, Brexit has sharpened all of the lines that the Good Friday Agreement was designed to soften around identity, around borders, around sovereignty.

“That’s what all political action should really be about but instead we’ve spent morning, noon and night talking about Brexit – a problem that didn’t need to exist and which, particularly in Northern Ireland, reopens old wounds and limits our horizons.”

Ms Hanna said Brexit “fed off” people who felt lost and disenfranchised in the political system, adding: “I fear it will leave them feeling much worse.”

She also said: “Beyond the economy, Brexit upends the delicate balance that in Northern Ireland has allowed us to imagine our shared and equal future together.

“We in Northern Ireland know the value of the EU and, as my political hero and predecessor in this House John Hume so often said, the EU is the greatest peace-building and conflict resolution project anywhere in the world and those of us particularly affected by conflict have a duty to reflect its principles.

“I’m afraid the concerns we have have been dismissed by those of you who won’t ever have to live with the consequences of these actions.”

Sir Jeffrey said: “We supported Brexit, and we want Brexit to happen and we acknowledge and recognise that the Government has won a mandate to take forward its Withdrawal Agreement.

“But there is a major contradiction at the heart of that agreement which causes us great concern.

“At the one level the agreement does say that Northern Ireland should continue to have unfettered access to the rest of the UK for trade, but then we have customs arrangements that inhibit our ability to have that unfettered access, and that is our major concern, and one that we hope the Government can address.

“I want the Prime Minister to treat my part of the United Kingdom the same as the other parts in the context of leaving the European Union.”

Sir Jeffrey said while he welcomes the fact that the Northern Ireland Assembly will have a say over special arrangements, he believes the arrangements “will continue unless the Assembly stops them”, which requires a vote in the Assembly – and he said there are “issues around how that would be exercised”.

He added: “We do want the Assembly to have a say, but we want to ensure that say can be exercised in a fair manner that respects the principle of consent as set out in the Belfast Agreement.”

On customs arrangements, Sir Jeffrey said “it is clear that those checks will take place”.

Sir Jeffrey concluded that the DUP would “like to be in a position to support” the PM’s deal, but “such is the gravity of our concern”, they cannot in its present state.

Also making his maiden speech, Alliance MP Stephen Farry (North Down) urged Mr Johnson to be a Prime Minister “for all four nations of the UK”.

Beginning with a few words in Irish, Mr Farry said he comes to the House “as someone with a very strong mandate for Remain”, and as such he will vote against the Withdrawal Agreement Bill “to honour the wishes of those who sent me here”.

Mr Farry said there is “no such thing as a good or sensible Brexit”, and added that while the previous Brexit deal “had the pragmatic support of the Northern Ireland business community”, Mr Johnson’s agreement is “a much more challenging situation for Northern Ireland” with proposed checks in the Irish Sea.

He added: “The UK is about four different nations, so my appeal to the Prime Minister is don’t be a one-nation Prime Minister for England, be a Prime Minister for all four nations of the UK, and in particular as we proceed into more detailed scrutiny of this Bill, to pay very particular attention to the needs of Northern Ireland and the damaging implications of what’s now set to emerge in terms of that interface down the Irish Sea.”

Mr Farry also paid tribute to his predecessor Lady Sylvia Hermon for “standing up for Northern Ireland, and in particular for protecting the Good Friday Agreement in the context of Brexit”.