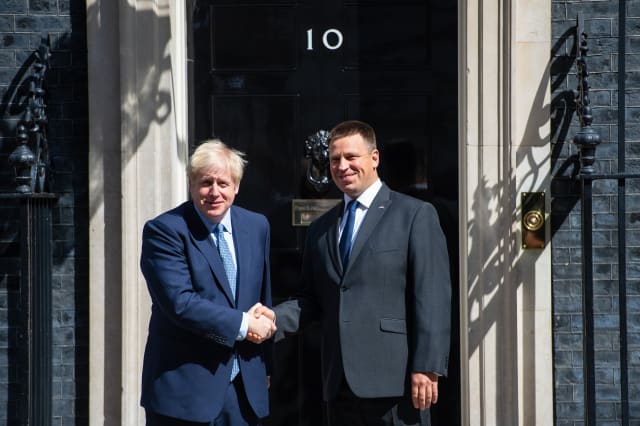 Boris Johnson will serve Christmas lunch to British troops stationed in Estonia on a one-day visit to the Baltic country on Saturday.

The Prime Minister will thank the servicemen and women for their work as he joins them for lunch at the Tapa military base near the capital Tallinn.

The base is home to 850 British troops from the Queen’s Royal Hussars who lead the Nato battlegroup along with personnel from Estonia, France and Denmark.

It is the UK’s largest operational deployment in Europe and forms part of Nato’s Enhanced Forward Presence in the region to ensure the collective defence principle can be upheld on the Alliance’s eastern border.

Mr Johnson will meet troops from across the UK and tour the base, and he is also expected to hold a bilateral meeting with Estonian prime minister Juri Ratas.

Speaking ahead of the visit, Mr Johnson said: “The men and women of our Armed Forces serve tirelessly every single day to keep us all safe.

“While we enjoy Christmas with family and friends, they will be working hard across the world to defend Britain and our allies. And today in Estonia I will meet troops working on the front line to guarantee Britain’s security.

“This year our military efforts in Estonia have been immense.

“British troops form the largest part of Nato’s mission in the country, RAF Typhoons working in Estonia have scrambled to intercept Russian aircraft straying into Nato airspace, and British Apache and Wildcat attack helicopters have bolstered Nato efforts to enhance our security, reassure our allies and deter our adversaries.

“So at this time of year we should all take a moment to be thankful for the sacrifices made by our troops, many of whom will be spending Christmas on our deployments and bases around the world – be it the Baltics, Ukraine or Afghanistan – and those in Britain too.”