Andrew Bailey is the new Bank governor – but what does a governor do? 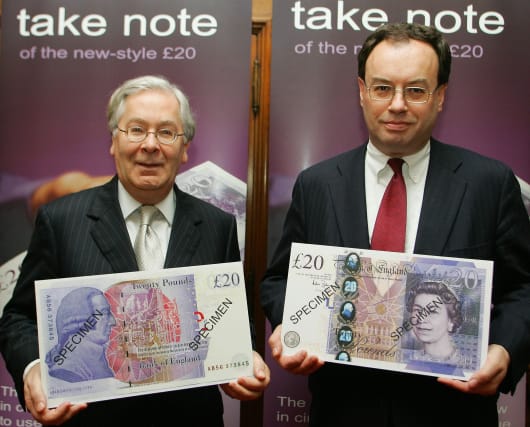 Andrew Bailey becomes the 121st man – there has yet to be a woman – to take over at the Bank of England since it was founded in 1694.

But what does the role involve and how has it changed over the past 300 years. PA News Agency takes a look.

What does the governor actually do?

The governor’s main job is to keep the economy on an even keel and ensure the banks have enough money to lend to businesses and the public.

A key way of ensuring this happens is through his role as the chair of the committee that sets the Bank of England’s base interest rate, known as the Monetary Policy Committee.

Every month the latest rate is announced, with the nine members of the committee all having a vote. Currently, the interest rate sits at 0.75% with two members voting to raise it, and the remaining seven calling for no move at the last meeting.

Does he have anything else to do?

Yes. The governor also sits on two other committees – the Financial Policy and Prudential Regulation committees – where economic policy is set on a macro and micro level.

He will also be – in the Treasury’s own job spec for the post – expected to “explain the Bank’s policy positions to diverse audiences in order to build and retain public confidence in the banks functions”.

The new chief will also be the Bank of England’s official representative at key meetings with the G7 and G20 and at the International Monetary Fund.

Does he represent the Government?

No. Although he was appointed by the Government, the Bank was granted operational independence from Parliament in 1997. Chancellor Sajid Javid insisted this would remain under Mr Bailey.

How much does the governor get paid?

Mr Bailey will get a base salary of £495,000 – which is higher than outgoing governor Mark Carney’s £480,000 base pay. However, the new governor will not get Mr Carney’s £250,000 accomodation allowance, which was agreed as part of his relocation from Canada to take the job in 2013.

What will be the main priorities for the new governor?

A key task will be navigating the future relationship between the the UK and EU after Brexit. The City and economists will be looking to the governor for a view on what impact future trade deals will have on the UK economy.

They will also be keen to hear about the growth opportunities and how regulation in banking can improve.

Bank-watchers will also be keen to see what ideas Mr Bailey has to improve the level of options available to the bank to affect the economy.

Previously, interest rates could be raised to cool off an economy growing too quickly, and cut them to encourage spending through cheaper lending.

But with interest rates at record lows for a decade, there have been calls from some quarters for the bank to devise other ways of helping the economy in difficult times.

Has the role changed?

Yes. Originally, the bank was founded as a private institution to act as a banker to the government, in a period where it needed funding to fight its war with France.

The bank gained the nickname the Old Lady of Threadneedle Street – its location in the City of London – for the endless wooing prime ministers made to the bank for more money.

Over the years, it has been responsible for issuing banknotes, exchanging cash for gold, and rebuilding the international monetary system after World War One.

From the 1960s onwards, the governor has pushed the bank to be more open, publishing quarterly bulletins, and by the 1990s his remit was made even clearer – get inflation under control.

Will there ever be a woman governor?

Hopefully. The Chancellor was at pains to say that the governor will be looking at improving diversity within the bank. But, with Mr Bailey’s contract running until 2028, we will be waiting for a while.