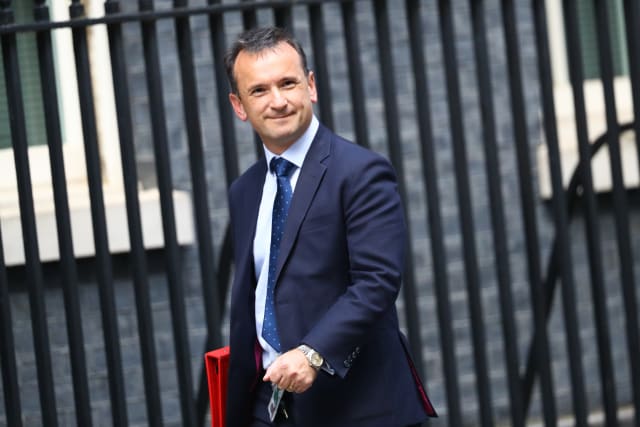 A Cabinet Office investigation into Tory MP Alun Cairns, who quit the Cabinet during the election campaign, has not upheld allegations of a breach of the ministerial code.

The former Welsh secretary announced he was standing down from the Cabinet last month over his links to a Conservative candidate accused of sabotaging a rape trial.

He is thought to have been the first Cabinet minister in modern times to have quit during the course of a general election campaign.

Mr Cairns claimed he was unaware of the role played by his former staff member, Ross England, in the collapse of a rape trial until after the story broke.

However, he was accused of “brazenly lying” after BBC Wales said it had obtained a leaked email which suggested he had been made aware of the allegations as early as August last year.

Mr Cairns said he would “co-operate in full” with an investigation into his actions under the Ministerial Code, adding that he was confident he would be cleared of “any breach or wrong doing”.

The report by Sir Alex Allan, the Prime Minister’s independent adviser on ministers’ interests, which was released on Friday, stated that Mr Cairns said he knew about the collapse of the trial, but that he did not know the details until they become public.

“Mr Cairns worked closely with his special adviser, who had had conversations with Mr England and who was more likely than not to have known about Mr England’s role (as demonstrated by the 2nd August email) – though I accept that Mr Cairns’ special adviser would not necessarily have known the judge’s actual remarks,” he wrote.

Sir Alex said the issue was whether it was “plausible that Mr Cairns could have been told about the collapse of the trial without inquiring or being told about the reasons, especially given that he knew Mr England was a witness”.

“Mr Cairns’ asserted that he was not a lawyer and did not then understood the difference between an adjournment, a delay and a collapse. It seems to me that these terms are self-evident.”

He said Mr Cairns’ evidence was that he “would have drawn from the content of the conversation with a member of his staff that there had been difficulties with the trial” but that the “member of staff had not told him that Mr England had had anything to do with it”.

Concluding, Sir Alex wrote: “I find it unlikely that Mr Cairns would not have been told something about Mr England’s role when he was told about the collapse.

“But all those involved state that they had not informed Mr Cairns of Mr England’s role, and there is no direct evidence to contradict this. On that basis, I do not find that the evidence upholds the allegations of a breach of the Ministerial Code.”

Mr Cairns was replaced as Welsh Secretary by Simon Hart earlier this week following the Conservatives’ election victory on December 12.