‘Huge step’ as US suspect charged over Harry Dunn death 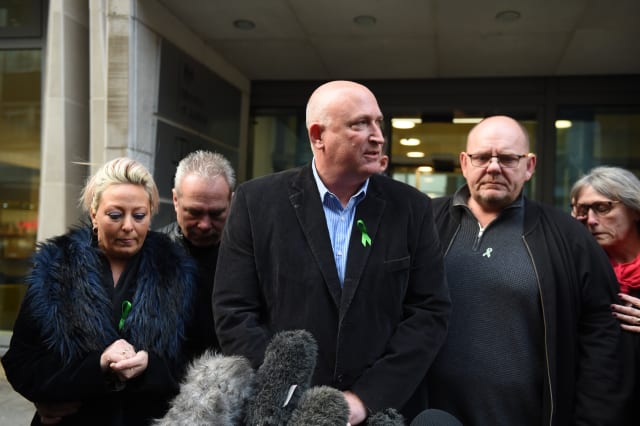 The mother of Harry Dunn has described the decision to charge Anne Sacoolas with death by dangerous driving as a "huge step" towards seeking the justice she had promised her son.

Speaking outside the Crown Prosecution Service (CPS) headquarters in London, Charlotte Charles looked visibly emotional as she told how the family's efforts to "seek justice" since her son's death in August had been harder than she had imagined.

"We feel that we have made a huge step in the start of achieving the promise to Harry that we made," she said.

"We made that promise to him the night we lost him to seek justice thinking it was going to be really easy.

"We had no idea it was going to be so hard and it would take so long but we feel it is a huge step towards that promise we made Harry."

Sacoolas, the wife of a US intelligence officer, returned to her home country after the car she was driving allegedly collided with 19-year-old Harry's motorbike outside RAF Croughton in Northamptonshire on August 27.

The 42-year-old suspect sparked an international controversy after claiming diplomatic immunity – despite the Foreign Office later saying Sacoolas's husband was not a registered diplomat in a recognised role.

The US State Department said it was "disappointed" at the decision to charge Sacoolas, adding her extradition would be an "egregious abuse" of the law because it was "clear" she had immunity during her time in the UK.

A spokesperson said: "We are disappointed by today's announcement and fear that it will not bring a resolution closer. This was a tragic accident, a young man has lost his life, and his family is grieving.

"No one could hear about this tragic accident and not feel incredible sadness over this loss. The President, the Secretary of State, the US Ambassador in London, and others in our government have all expressed sincere condolences to the Dunn family for this tragedy."

The spokesperson added: "It is the position of the United States government that a request to extradite an individual under these circumstances would be an egregious abuse.

"The use of an extradition treaty to attempt to return the spouse of a former diplomat by force would establish an extraordinarily troubling precedent.

"We do not believe that the UK's charging decision is a helpful development."

"The Director of Public Prosecutions has met with Harry Dunn's family to explain the basis of the decision we have made following a thorough review of the evidence available," she said.

"May I remind all concerned that criminal proceedings against Anne Sacoolas are now active and that she has a right to a fair trial.

"It is extremely important that there should be no reporting, commentary or sharing of information online which could in any way prejudice these proceedings."