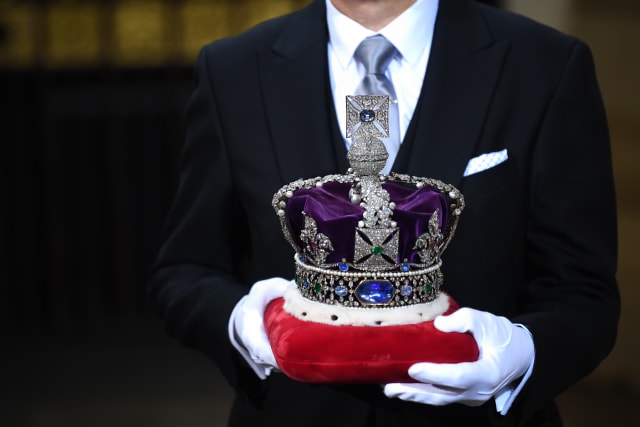 Both were below the average length (1,096) of Queen’s Speeches during Elizabeth II’s 67-year reign.

The longest speech to date was in November 1999, when she had to deliver a speech lasting 1,751 words.

The text, which took more than 15 minutes to read out, was the third Queen’s Speech of Tony Blair’s Labour government.

The shortest came exactly a decade later, in November 2009.

Totalling just 735 words, it took six-and-a-half minutes to deliver and was the third and final Queen’s Speech of Gordon Brown’s Labour government.

The longest Queen’s Speeches have all been under Labour prime ministers, with Tony Blair’s 1997-2001 government accounting for three of the top five.

Among the five shortest speeches is the first one ever delivered by Elizabeth II, which took place in November 1952 and was just 799 words long.

Today’s speech was the 68th Queen’s Speech of Elizabeth II’s reign, and the 66th to be delivered by her in person.

In 1959 and 1963, the Queen did not attend the State Opening of Parliament, when she was pregnant with Prince Andrew and Prince Edward respectively.

On these occasions, the speech was read on her behalf by the Lord Chancellor.