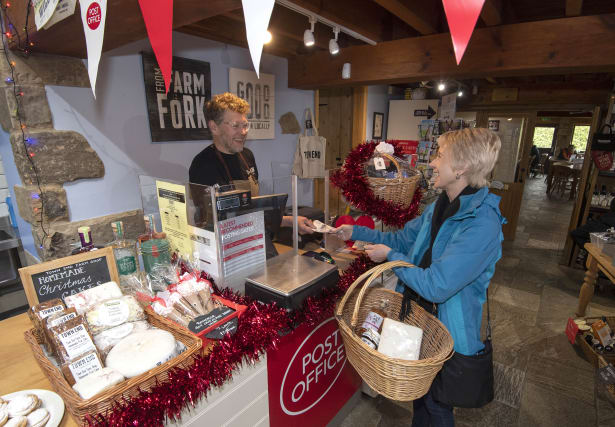 Friday is set to be the busiest day of the year for cash withdrawals from the Post Office, the network predicts.

The Post Office expects December 20 to be the day which sees the largest amount of over-the-counter cash withdrawal activity in a single day during 2019 at its 11,500 branches.

In December 2018, there were 7.5 million cash withdrawals for the month.

Post Office branches have already seen a 15% increase in demand for cash withdrawals in the run-up to Christmas compared with last year.

Martin Kearsley, banking services director at the Post Office, said: “Millions of consumer and business customers of UK banks are increasingly turning to the Post Office for their cash needs.

“We have seen rapid growth since last December, when we handled over 7.5 million cash withdrawals from our network of 11,500 branches right across the country.

“Our branches provide a personal, face-to-face service which is important to many, particularly during the festive period.”

Post Office research also suggests six in 10 (59%) people across the UK who celebrate Christmas are likely to use cash instead of card when purchasing gifts and treats or socialising.

This figure rises to two-thirds (66%) of people in rural areas. And 45% of people are likely to give cash as a gift this Christmas.

But the Post Office has an agreement with many banks which allows people to access day-to-day banking services through it.

Some 99% of UK bank customers can access their accounts at the Post Office and the network has more than 2,000 ATMs.