No Northern Ireland devolution before Christmas, as DUP blamed for delay 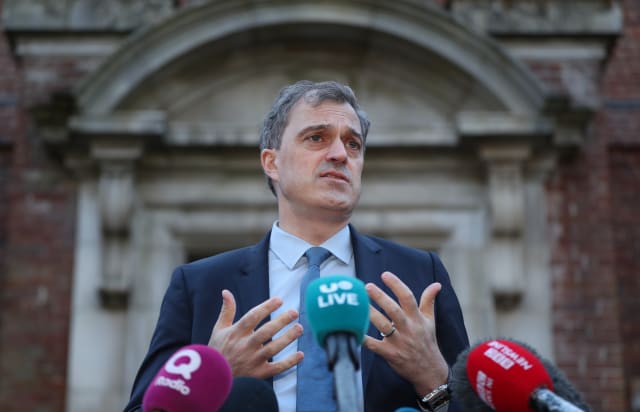 The DUP has prevented a pre-Christmas deal to restore Stormont powersharing and release extra British Government cash for the struggling health service, the Northern Ireland Secretary has said.

Julian Smith said he was “deeply disappointed” and urged the region’s largest party to reflect on its decision.

The British and Irish Governments and at least three of the main Stormont parties including Sinn Fein want to re-establish the devolved institutions immediately and end a three-year hiatus which has seen public services suffer.

The DUP has said outstanding issues under negotiation will not be resolved in the coming days and a significant amount of work remained to be done to achieve a “fair and balanced” agreement.

Mr Smith said: “We want all parties to be positively part of the new Stormont.

“I am deeply disappointed that we have not got all five parties in agreement.

“I just hope there is time tonight to reflect on that decision.”

He said there were people in the DUP who wanted to move forward.

“I would urge them to move forward so that we can get this done.”

He said his officials were ready to table a draft text of an agreement but would not now do so.