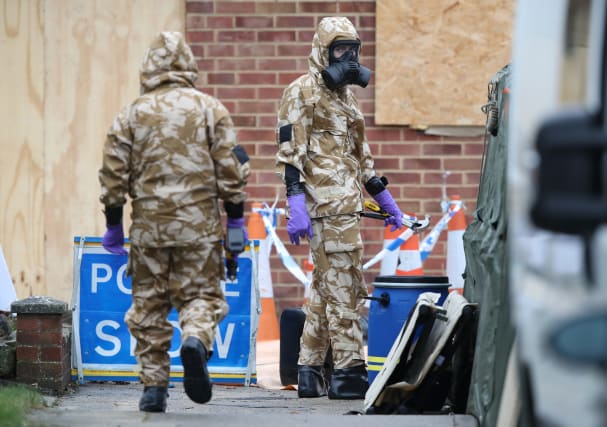 Ministers are to look at strengthening the powers of the security services to deal with the threat of foreign espionage in the wake of the Salisbury chemical weapons attack.

The Government has commissioned the Law Commission to consider whether Official Secrets Acts – intended to protect the UK from spying and sabotage – needs overhauling in light of recent developments.

At the same time ministers will consider whether to adopt further powers in line with those in countries such as the United States and Australia, as well as whether there is a case for updating the historic treason laws.

The aim is to make the UK a harder environment for adversaries to operate in.

In some cases the measures could apply to actions committed outside the UK in order to protect Britain’s overseas assets and deal with “hostile actors” operating abroad.

The moves follow the poisoning last year of the former Russian spy Sergei Skripal and his daughter, Yulia, in an attack blamed by the Government on the Kremlin.

At the same time the Prime Minister is to lead what is described as the “deepest review” of Britain’s security, defence and foreign policy since the Cold War.

It will cover the armed forces, the intelligence agencies and counter-terrorism as well as the development of Britain’s foreign policy outside the EU.

It will look at Whitehall’s thinking on “all aspects” of deterrence in a rapidly evolving security environment, including ways in which “technological surprise” could threaten security.

There will also be an extensive review – expected to be led by the Prime Minister’s chief adviser Dominic Cummings – of the defence procurement process, amid long-standing complaints over delays and budget overruns to major projects.