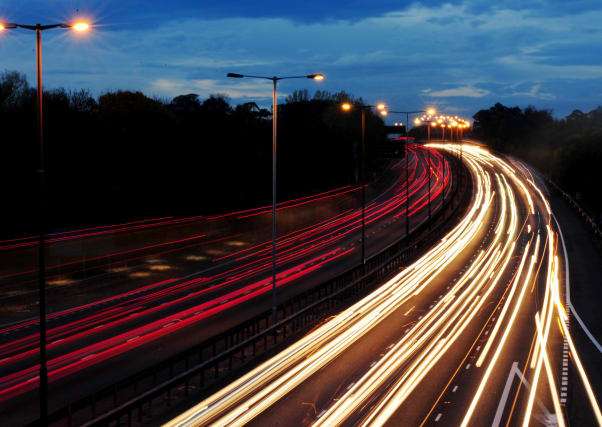 A young child migrant has been rescued by police after being found wandering along the central reservation of the M6 motorway near Birmingham.

Officers were alerted at around 10pm on Wednesday night after a driver spotted the boy, who is thought to be from Iraq, walking along the central reservation towards junction 7, the Great Barr interchange.

He was picked up by a police patrol car and taken into emergency care.

The CMPG, which is made up of officers from West Midlands Police and Staffordshire Police, said:  “He was split up from his parents a few days ago, and doesn’t know which country they’re in.

“We’ve taken him to a place of safety with food and water until social services can come and take him to care.”

A police spokesman added: “It’s understood the male – whose age has not been verified – is from Iraq and the matter has been passed to immigration.”