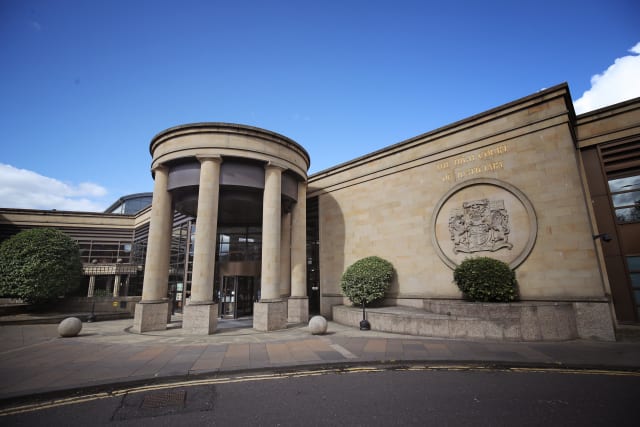 A man who cut off a disabled woman’s hand in her home will be monitored for life after he was given a lifelong restriction order.

Stephen Brisbane, 34, attacked Sandra McGowan in Dundee on February 14 last year and used a knife to cut off her right hand, causing her to lose consciousness.

The court heard Brisbane, who pleaded guilty to the offence at an earlier hearing, has around 100 convictions and poses a high risk to the public.

Judge Johanna Johnston imposed a lifelong restriction order on Brisbane when he appeared for sentencing on Thursday and ordered him to spend at least four years behind bars before he can apply for parole.

He will only be released when the Parole Board considers it safe to do so.

Sentencing him at the High Court in Glasgow on Thursday, judge Johanna Johnston QC said: “You have pleaded guilty to an attack on a vulnerable and defenceless woman in her own home.

“You inflicted horrendous injuries upon her.  These injuries put her life in danger and have changed her life.  She has suffered dreadfully.

“A doctor’s report stated that you don’t currently have a mental illness and that any mental state at the time was more likely to be as a consequence of being under the influence of drugs.”

She warned he may never be released and said: “You are assessed as posing a high risk level.

“The risk assessment concludes that this risk will remain unless you engage with a management plan.”

The judge said the report mentioned risk factors including his substance misuse and personality disorder and that he had not previously co-operated with support available.

He said: “The risk assessment report concludes that Mr Brisbane presents a high risk to the public.

“It concludes that as a consequence of his historic chronic drug problems he presents as an unpredictable character.

“He clearly stands convicted by his own admission of a very serious offence.”